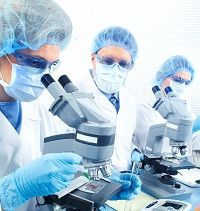 A new protein that regulates the damage done in cases of severe rheumatoid arthritis (RA) has been identified, according to a study published in the Proceedings of the National Academy of Sciences.

Researchers from the University College Dublin analyzed DNA and biopsy samples from the joints of more than 1,000 RA patients in the United Kingdom and Ireland. The researchers noted that even though there is no current cure for RA, the current drugs on the market can treat the disease and prevent deformed joints. They added that self-management of the condition and patient exercise can reduce pain and the resulting disability, as well.

The researchers said the protein, called C5orf30, was found to control the severity of tissue damage caused by RA.

“Our findings provide a genetic marker that could be used to identify those RA patients who require more aggressive treatments or personalized medicine,” researcher leader Professor Gerry Wilson explained in a press release. “They also point to the possibility that increasing the levels of C5orf30 in the joints might be a novel method of reducing tissue damage caused by RA.”

The researchers believe that the patients who are more likely to suffer the most severe RA treatment should be able to be fast tracked to the more aggressive treatments right away. In the future, they said, they will be able to probe into the protein and determine its significance to human health and disease.

“Investing in research to find new treatments and ultimately a cure for arthritis is one of our key objectives at Arthritis Ireland,” continued John Church, CEO, Arthritis Ireland, the company which was a backer of the study. “Treatments for arthritis have improved enormously over the last number of years. Thirty years ago, rheumatologists’ waiting rooms were filled with people in wheelchairs. Today, that is no longer the case. The outlook for a person diagnosed with arthritis in 2015 is much brighter than it used to be. We are getting closer and closer to personalized medicine. This discovery is further proof that we are in the right space and investing our money wisely.”