Obstructive sleep apnea (OSA) has had a consistent recommended treatment in continuous positive airway pressure (CPAP) for some time. That doesn’t mean it’s the lone option, though.

In an interview with MD Magazine®, Reena Mehra, MD, MS, director of the Sleep Disorder Research Program at the Cleveland Clinic, broke down the available options for patients suffering from the common sleep condition—from CPAP to oral devices.

MD Mag: What are the treatment options for obstructive sleep apnea?

Mehra: Continuous positive airway pressure is the mainstay of treatment for obstructive sleep apnea, because it is essentially a splint giving pressure to the airway, to splint the airway open and prevent it from collapsing, irrespective of where the collapse is occurring. The collapse can occur behind the palate, behind the tongue, or below.

So retropalatal, retro-colossal, or hypopharyngeal and positive airway pressure is so effective because it splints all aspects of the airway.

Upper airway surgery is an option such as uvulopalatopharyngoplasty. However, the outcomes with that particular surgery are not very good. It's a coin flip, essentially a 50-50 chance as to whether people are effectively treated.

Oral appliances can be used, and they are essentially used by pulling the jaw forward mandibular advancement devices. And perhaps newest in terms of our options to treat obstructive sleep apnea is hypoglossal nerve stimulation, or upper airway neuro stimulation. The term upper airway neurostimulation is being used more, because it's actually being recognized that it's not only the hypoglossal nerve, but other branches that are probably being activated by this device as well.

So upper airway neurostimulation is essentially an implantable device that has a lead that goes to the nerve, that innervates the tongue to stimulate the tongue to therefore keep the airway open. There are certain characteristics of patients that are more likely to respond to this particular kind of therapy—those who are less obese, for instance, are thought to do better.

We are actually finding in relatively newer data that increasing age actually may be a predictor of responsiveness to upper airway stimulation, and we're very interestingly finding that women tend to do better than men in terms of more effective treatment, in terms of improvement of the degree of sleep apnea after the treatment with upper airway neurostimulation. Now why, the case remains unknown.

It could be something to do with our upper airway neurophysiology, upper airway anatomy, for which there are sex-specific differences. It's unclear at this moment. The reason why, though, we're finding that this is important is because we're also recognizing that insurance—for some reason—is more likely to deny women compared to men, in terms of this treatment of upper airway neurostimulation.

And again, the why is unclear, but this is apparently not something that's unique to upper airway neurostimulation. It's been observed also with cardiac devices, implantable cardiac devices, for instance.

So this is something that definitely needs to be looked into further, and has public health implications.

What Experts Are Learning About Sotatercept for PAH 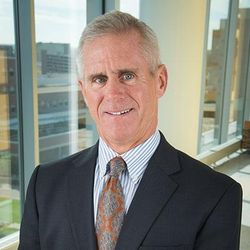