Republican Senator: States That Like Obamacare Should Keep It

Some say repeal and replace. Cassidy says states who like the ACA can keep it.

After months of hearing GOP lawmakers chant, “repeal and replace,” Sen. Bill Cassidy, MD, (R- LA) proposed another offer: if states like the Affordable Care Act (ACA), they can keep it.

Considering Cassidy’s previous role as a physician for charity hospitals and clinics prior to joining Congress, he hopes to introduce an updated version of healthcare plan that could provide states with the flexibility to: keep Obamacare, scrap it altogether, or shift to an entirely new plan.

According to Bloomberg Politics, Cassidy’s plan would feature a provision to allow states to automatically enroll eligible citizens in health plans unless they opt out, with the hope more people would be (and remain) insured.

Cassidy envisions his plan would warrant a multi-year transition: a new law in 2017, one year for states to decide which option they’d choose, and implementation in 2019.

For Cassidy, it doesn’t make sense for Republicans to immediately repeal the law now and implement an alternative plan later that would seemingly insure more people than the ACA did without adding to the deficit.

To pass any replacement, Republican officials would need Democratic support, so the thought is this flexible approach would resonate most with the other party.

Therein lies the issue — “We should have a plan that isn’t Republican, that isn’t Democrat,” Cassidy said in a report by Bloomberg Politics. “Our plan gives each state the authority to run the health plan in their state as is suitable to their peculiar situation, and that’s hard to argue with unless you want more power in Washington, DC.”

How would the nation fare with such a proposal offering varied ‘choices’?

While Price agreed it was “imperative” for people to keep their insurance, he instead supported a system that would offer the opportunity — not the guarantee – of coverage.

According to Politico, Price staunchly defended his 2015 Obamacare replacement bill as one that would potentially ensure access to insurance at a lower cost, eliminating the majority of federal government’s role.

For Cassidy, repealing the 2010 ACA wouldn’t mean touching the changes to Medicare or immediately eradicating the Medicaid expansion or taxes. Instead, he’d focus on eliminating the federal mandates — something he believes the public associates with Obamacare.

Cassidy placed the onus on constituents saying people should “weigh in” with Congress if they wanted to keep sections of Obamacare they liked: “If they want to continue to have pre-existing conditions covered, they need to let their representative know.” 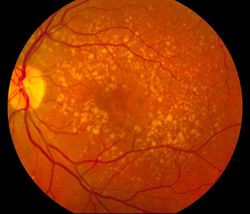