A recent analysis was conducted through a review of 10 studies, examining the connection between psoriasis and depression and anxiety in pediatric patients. 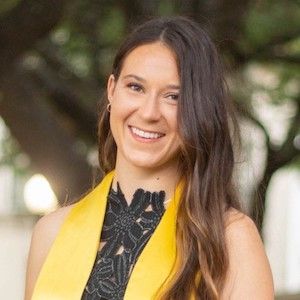 In a research literature review, an association was identified between pediatric psoriasis and anxiety or depression, although a causal link in one direction or another remained unidentified.

Due to the nature of psoriasis as a highly-visible skin disease frequently causing discomfort and symptoms such as patchy hair loss, the study’s investigators acknowledged the associated psychological strains on younger patients thanks to these feelings of unattractiveness and potential social stigmatization.

The study into the consequences  of these effects was led by Emily Strouphauer, BSA, of the School of Medicine, Baylor College of Medicine in Houston.

“Though the association between psoriasis and mental health disorders in adults is widely accepted, there is inadequate research to generalize these findings to pediatric populations,” Strouphauer and colleagues wrote. “In this review of the literature, we discuss the prevalence of anxiety and depression among pediatric patients with psoriasis in hopes of raising awareness of these associations and advocating for psychological screening and intervention in dermatology practice.”

The investigators conducted a search on relevant studies published over the last 15 years, with search terms such as ‘psoriasis,’ ‘depression,’ and ‘pediatrics’ used in their analysis. Their criteria for selection of studies included those with patients who were ages 0 to 18 years with a psoriasis diagnosis.

The research team’s searches resulted in 90 total articles found, although 16 were duplicates. They designated 41 of these articles to be given a full-text review, due to their criteria for inclusion.

The study’s results followed an independent assessment of both article relevance and eligibility, resulting in 10 of their gathered studies being chosen. These 10 studies had different approaches, including cross-sectional, case-control, cohort, and interview-based designs.

The investigators found that 7 of the 10 studies examined used both depression and anxiety as primary outcomes, and noted that every one of the 7 studies contained data unanimously supporting a substantial correlation between psoriasis in pediatric patients and depression. However, these studies were mixed on their data regarding anxiety and its connection to psoriasis, with a total of 4 studies demonstrating significance.

“There exists an opportunity for future studies to observe how early psychiatric identification and intervention may improve holistic health outcomes in pediatric patients with psoriasis, AD, and other inflammatory skin disorders,” they wrote. “Above all, clinicians must be mindful of the invisible burdens of psoriasis on the vulnerable youth population.”

The study, “Manifestation of anxiety and depression among pediatric patients with psoriasis: A review,” was published online in Pediatric Dermatology.