Dr. Levine is joined by Dr. Sanjay Mathew to talk about some exciting treatments in the pipeline for psychiatric disorders.

Every year new compounds and modalities for treatments are being developed, tested, and for the select few, approved to treat psychiatric disorders like major depression disorder and post-traumatic stress disorder.

The treatment pipeline may have never been as robust and promising as it currently is, with many in the industry excited about the prospect of adding psychedelics and other treatments showing promise for treatment-resistant depression to their armamentarium.

In this episode of Rethinking Psychiatry with Dr. Steve Levine, Dr. Levine is joined by Sanjay John Mathew, MD, Vice Chair of Research at Baylor School of Medicine, to discuss some of the promising treatments in the pipeline, including ketamine.

There is a lot of money and attention spent in developing these types of compounds.

Dr. Mathew said there has never been something in the psychiatric drug space that has generated the interest of psychedelics as a viable treatment option, including psilocybin, DMT, LSD, and MDMA.

The two experts engaged in a lengthy and information-packed conversation about these treatments, what the concerns were, and whether or not it is hope or hype.

The discussion also centered on the current stable of treatments for patients with psychiatric disorders and why there is a need to develop new treatments. 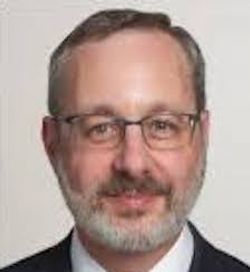