Risankizumab induction relieved Crohn's disease symptoms and maintenance doses were effective in resolving abdominal pain, with other mixed findings for other patient-reported outcomes in the maintenance phase. 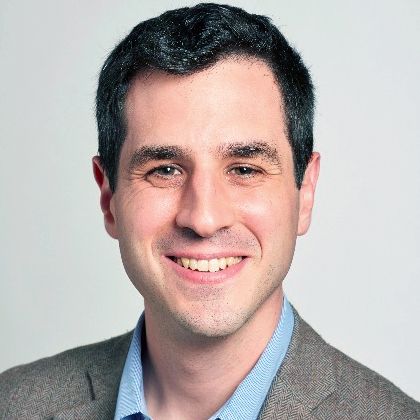 At the end of the 12-week induction period, there was an 18-percentage point difference in APS and a 27.4-point difference in SF with risankizumab versus placebo (P <.001). In the maintenance phase, improvements were seen in APS and SF compared with withdrawal and placebo; however, these primarily only reached statistical significance with the higher dose of risankizumab.

"CD-related symptomatic PROs improved with risankizumab induction therapy,” lead author Ryan Ungaro, MD, MS, Icahn School of Medicine at Mount Sinai, New York, NY, said during a presentation of the results. "Both maintenance doses were effective in resolving abdominal pain; however, only the 360 mg subcutaneous risankizumab maintenance dose was significantly different than withdrawal (placebo SC) for improving daily SF and the combined endpoint of complete resolution of AP and SF of 1 or less."

The monoclonal antibody risankizumab inhibits IL-23, a cytokine involved in the pathogenesis of both CD and ulcerative colitis. The treatment was first approved in the United States in 2019 and has since gained indications for moderate-to-severe CD and plaque psoriasis. The indication for CD was the agent's third and was granted in June 2022, based on an assessment of the ADVANCE, MOTIVATE, and FORTIFY studies, which showed significant improvements in endoscopic response with risankizumab versus placebo.

Patient reported outcomes from the induction phase were collected from the ADVANCE and MOTIVATE trials, which randomized patients to placebo (n = 362) or intravenous risankizumab at 600 mg on weeks 0, 4, and 8 (n = 527). The maintenance portion was from the FORTIFY trial and included a matched placebo (n = 164) or subcutaneous risankizumab at either 180 mg (n = 157) or 360 mg (n = 141) ever 8 weeks. An APS of 1 or less and a SF of 2.8 or less was considered symptom remission.

At week 52, per tetrachoric correlation, there was a moderate relationship between achieving an SF of 2.8 or less and ulcer-free endoscopy (r, 0.475) and endoscopic remission (r, 0.590). For APS of 1 or less there was also a moderate relationship with under-free endoscopy (r, 0.497) and endoscopic remission (r, 0.554). This correlation was less pronounced at week 12, after induction.

"Symptom improvements and endoscopic outcomes were weakly correlated after induction and moderately correlated during maintenance, underscoring the importance of an objective measure to assess disease activity," said Ungaro.

The oral abstract, “Induction and Maintenance Treatment with Risankizumab Leads to Symptomatic Relief in Patients with Moderate to Severe Crohn’s Disease,” was presented at ACG 2022.