The number needed to screen to detect unknown anti-HCV positive individual was 262 for those unaware of their infections. 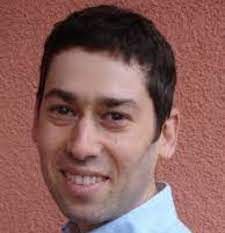 A team, led by David Petroff, Clinical Trial Centre, University of Leipzig, validated prospectively the proposed screening algorithms in a pair of urban and rural cohorts and analyzed the data for potential differences.

To achieve the goal of eliminating HCV by 2030, more screening strategies are needed for undiagnosed infections.

The investigators previously looked at the prevalence of HCV and screening strategies in an urban primary care setting and found intravenous drug abuse, blood transfusions prior to 1992, immigration, and elevated ALT were risk factors. The team was able to diagnose 83% of unknown HCV-RNA positive cases by screening just 26% of the population.

In the study, the investigators implemented anti-HCV and ALT in a routine check-up together with a questionnaire covering different risk factors. The team analyzed HCV-RNA in anti-HCV positive patients.

The investigators recruited 4323 participants from the urban setting and 9321 individuals from rural areas. The overall anti-HCV prevalence was 0.56% in the urban cohort and 0.49% in the rural cohort. In addition, 0.1% of patients were HCV-RNA positive in both regions.

There was also at least 1 of the identified risk factors or elevated serum ALT present in 22% (n = 3000) of patients. Even after the team restricted HCV screening to only individuals with risk factors, they found 52% and 75% of all anti-HCV and HCV-RNA positive undiagnosed patients were identified (number needed to screen = 111).

“We confirm prospectively the efficiency of a risk-based HCV screening,” the authors wrote. “The risk-based algorithm should be evaluated in other countries with similarly low HCV prevalence as in Germany to achieve WHO HCV elimination goals.”

A non-target HCV screening and linkage-to care program has been implemented at 10 institutions at different health settings in the Southern Appalachian region, including emergency departments, outpatient clinics, and inpatient units. Southern Appalachia is known as an area with a high HCV burden.

The study, “Confirmation of guideline defined hepatitis C screening strategies within the “Check-Up35+” examination in the primary care setting,” was published online in Liver International.