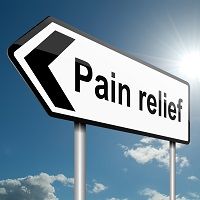 Functional MRI (FMRI) scans of a small group of test subjects can measure the effectiveness of pain medication better than subjective patient reports, a study by team of researchers at the University of Oxford has reported.

“Many potential pain relieving drugs identified in preclinical research fail to reach the market because of a lack of early objective evidence that shows whether a drug is effectively reaching target pain receptors in the body and regulating chronic pain mechanisms.

We have used noninvasive FMRI to successfully obtain such evidence that we hope can help prevent the premature discarding of potentially effective pain relievers, as well as avoid exposing patients to ineffective ones,” said Vishvarani Wanigasekera MD, the lead author. He is a clinical post-doctoral research fellow at the Nuffield Division of Anesthetics at the University of Oxford.

The double-blind randomized study tested 24 healthy subjects (13 female, 11 male with mean age of 24 years old) by simulating neuropathic pain by applying 1% capsaicin cream as an irritant to their legs. The subjects received oral doses of 1,200 mg of gabapentin, 600 mg of ibuprofen, or a placebo 90 minutes prior to the application of capsaicin. Two-and-half hours after receiving the medication the pain modulating areas of their brains were scanned by a 3T manetic resonance imaging scanner. This process was repeated at three different visits.

The subjects pain sensitivity and intensity were significantly reduced (P < 0.05) only by gabepentin and not by ibuprofen, the study said.

Previous studies have shown that imaging can reveal how analgesic drugs affect pain processing areas of the brain, Wanigasekera and his colleagues explained. What set their study apart was the demonstration that imaging combined with a simulation of a pain mechanism, central sensitization via the capsaicin, in a small, healthy cohort can distinguish between effective and non-effective pain medications for neuropathic pain, the authors said. (Central sensitization is when the nervous system is in a state of high reactivity.)

Imaging has the advantage of being objective while the traditional reliance on a cohort’s subjective reports is flawed because subjects’ responses are affected by their positive or negative expectations, their mood and their health, the study said.

The study concluded that neuroimaging evidence from healthy volunteers “has the capacity to increase the confidence by which early go/no-go decisions can be made in drug development.” 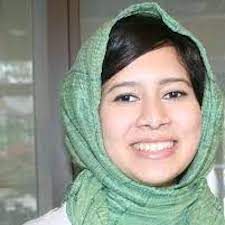