The study’s investigators were led by Lars Iversen, MD, at Aarhus University Hospital’s Department of Dermatology and Venereology in Denmark.

“The purpose of this primary analysis of the STEPIn study is to determine whether early intervention with secukinumab in patients with new-onset… moderate to severe plaque psoriasis is superior to standard of care treatment with narrow band ultraviolet B (nb-UVB) phototherapy in achieving sustained skin clearance,” Iversen and colleagues wrote.

STEPIn was an open-label, multicenter, randomized study, and the investigators overall goal was to compare 52 weeks of subcutaneous secukinumab therapy at 300 mg to nb-UVB phototherapy in patients with new-onset psoriasis (≤12 months).

The investigators in STEPIn noted that their primary endpoint was ≥90% improvement in Psoriasis Area and Severity Index (PASI 90) rating after 52 weeks.

The secondary endpoint for the study was an Investigator’s Global Assessment (IGA) 0/1 response at the same time.

The research team used serumβ-defensin 2 concentration as a biomarker for skin clearance and relapse at baseline, 16 weeks and 52 weeks.

They used high-sensitivity, C-reactive protein (hsCRP) as a systemic inflammation marker at  baseline, 16, 24, 36, and 52 weeks.

The investigators for STEPIn noted that 77 of 80 and 76 of 80 randomized patients from the secukinumab and nb-UVB groups received a minimum single treatment dose, respectively.

Also, the secondary endpoint of STEPIn was accomplished, with 85.7% of study participants reporting an IGA 0/1 response after 52 weeks of secukinumab compared to 36.8% of those in the nb-UVB group (P < 0.0001).

“Secukinumab was superior to nb-UVB in treating patients with new-onset moderate to severe plaque psoriasis,” they wrote. “The high and sustained skin clearance observed indicates that biologic treatment  for psoriasis may be more effective if used early in the disease course.”

The study, “Secukinumab demonstrates superiority over narrow-band ultraviolet B phototherapy in new-onset moderate to severe plaque psoriasis patients: Week 52 results from the STEPIn study,” was published online in Journal of the European Academy of Dermatology and Venereology. 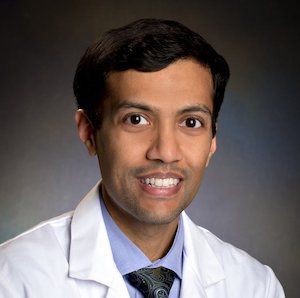