Severe Cases of Arthritis Have High Concentrations of Soluble Biglycan

High levels of soluble biglycan (sBGN) are present in the synovial fluid of patients with severe osteoarthritis and rheumatoid arthritis. While the connection between sBGN and inflammation had been established by previous research, this study is among the first to demonstrate that higher concentrations of sBGN are present in more severe arthritis cases. 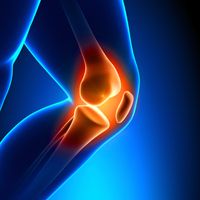 A study in Arthritis Research & Therapy suggests that high levels of soluble biglycan (sBGN) are present in the synovial fluid (SF) of patients with severe osteoarthritis (OA) and rheumatoid arthritis (RA). While the connection between sBGN and inflammation had been established by previous research, this study is among the first to demonstrate that higher concentrations of sBGN are present in more severe arthritis cases.

OA, while very common, continues to elude treatment even by disease-modifying anti-rheumatic drugs (DMARDs) that are highly effective in treating other forms of inflammation. The pathophysiology of OA remains elusive as well. Earlier research has suggested that extracellular matrix cells such as sBGN and soluble decorin (sDCN) released from the cartilage matrix as a result of tissue injury could potentially function as an endogenous danger signal in OA patients.

SF obtained from meniscus tear, OA, and RA patients were analyzed for sBGN and sDCN using enzyme-linked immunosorbent assays. OA chondrocytes and cartilage explants were stimulated for 48 hours with with 5 μg/ml sBGN or 1 μg/ml lipopolysaccharide. The researchers found that one of the two, sBGN, is present in SF obtained from patients with meniscus tear lesions and early OA, advanced OA or RA, with the highest concentrations found in advanced OA and RA. Stimulation of chondrocytes with sBGN increased significantly the mRNA and protein expression of several inflammatory cytokines, including interleukin (IL)-6 and IL-8, whereas the expression of anabolic markers aggrecan and collagen type II was decreased.

“DCN could also be found in SF, but, in contrast to BGN, only low levels were detected and no differences between early OA, advanced OA and RA were observed,” the researchers noted. While BGN fragments are known to be released into the SF of patients with OA, their presence is merely a reflection of disease activity. Hence, they have been proposed to be solely a diagnostic biomarker. The observed increased levels of intact sBGN are also in line with the observed upregulation of mRNA and protein levels of sBGN in human OA cartilage tissue and also in cartilage obtained using a sheep meniscectomy animal model of OA.”

A greater understanding of the activation of inflammation could lead to new treatment targets. “Our findings strongly support the role of sBGN, a major ECM protein, as a potential biomarker, therapeutic target and contributor in the catabolic events that occur during progression of OA,” the researchers conclude.