Engagement had positive associations with higher comfort with technology, visual acuity, nAMD diagnosis, and the number of intravitreal injections. 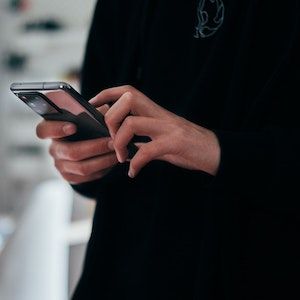 Due to the aging population, modern ophthalmology practices are dealing with an increasing disease prevalence and the need for regular monitoring of chronic conditions.

Moreso, the recent social distancing practices parallel to advancements in technology have proven the potential for telemedicine in medicine and ophthalmology, benefiting older adults or those with blinding eye conditions who may have trouble traveling to appointments.

The patients population consisted of consecutive patients attending Moorfields Eye Hospital (MEH) between May 2020 - February 2021 for planned anti-VEGF intravitreal injections. Those with a smart device during the study period were offered the HVM smartphone app and advised to self-test twice a week.

The app uses shape discrimination hyperacuity to detect metamorphopsia in the central degrees of vision as a metric of visual function. As such, a change in visual function equivalent to a predefined threshold of 2 SDs above the baseline on the longMAR scale on 2 consecutive occasions triggered an alert message sent to the clinician.

Additionally, investigators defined metrics of patients, including uptake as a successful installation and subsequent use of the app at least once and defined as “active.”

Engagement for active app users was assessed via compliance and use rate. Compliance was defined as any continuous period of ≥4 weeks during which vision tests were performed weekly. The mean use rate represented the total number of tests conducted by a patient divided by the overall period since the app was prescribed.

The study, “Enablers and Barriers to Deployment of Smartphone-Based Home Vision Monitoring in Clinical Practice Settings,” was published in JAMA Ophthalmology.