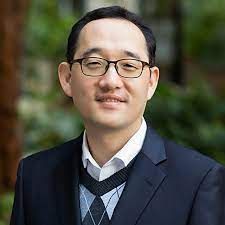 A new analysis based in Philadelphia show certain demographic and neighborhood trends lead to large segments of the populations to be unscreened for hepatitis C virus (HCV) despite universal recommendations for screenings in the older age group.

A team, led by Dong Heun Lee, MD, Drexel University College of Medicine and Drexel University Physicians Practice Plan, examined whether being unscreened and HCV positivity were linked to attributes of the census tracts where patients resided, considered proxies for social health determinants.

The investigators identified patients of an urban primary care network in Philadelphia with a universal HCV policy born between 1945-1965.

In the study, they linked demographic and HCV screening information from electronic health records with metrics that describe the census tracts where patients resided for patients with at least 1 clinic visit between 2014 and mid-2017. The analysis included 6906 total unscreened patients.

In addition, among the screened individuals, 9% were positive for HCV.

The investigators also used generalized estimating equations to estimate the adjusted relative risk ratios for being unscreened and HCV positive.

Certain demographic trends emerged in the analysis. For example, Black race, male gender, and residence in census tracts with relatively high levels of violent crime, low levels of educational attainment and household incomes, and evidence of residential segregation by Hispanic ethnicity were linked to lower adjusted relative risk ratios for being unscreened.

“Attributes of census tracts where patients reside are probably less apparent to clinicians than patients’ gender or race but might reflect unmeasured patient characteristics that affected screening practices, along with preconceptions regarding the likelihood of HCV infection based on prior screening observations or implicit biases,” the authors wrote. “Approaching complete detection of HCV-infected people would be hastened by focusing on residents of census tracts with attributes associated with higher infection levels or, if known, higher infection levels directly.”

The US Centers for Disease Control and Prevention (CDC) recommended HCV screening for all individuals born between 1945-1965 in 2012, expanding the previous guidance emphasizing screening for those with known HCV risks.

“This change was driven by the higher prevalence of HCV among baby boomers relative to those who were younger or older, the emergence of highly effective therapies, and the realization that many people with HCV were unaware of their infection,” the authors wrote.

The study, “Patient characteristics and neighborhood attributes associated with hepatitis C screening and positivity in Philadelphia,” was published online in Preventive Medicine Reports.