A recent analysis indicated the efficacy of 100 or 200 mg of tildrakizumab for moderate-to-severe plaque psoriasis patients. 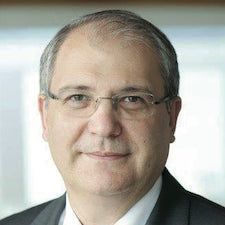 Four in 5 plaque psoriasis patients using 100 or 200 mg of tildrakizumab at 28 weeks maintained a Psoriasis Area and Severity Index (PASI) of <3 at 244 weeks, according to a recent analysis.

The patients assessed with moderate-to-severe plaque psoriasis had been a part of the 2019 reSURFACE 1 and 2 phase 3 clinical trials.

This assessment was led by Diamant Thaçi, MD, of the Institute and Comprehensive Center for Inflammation Medicine, University Hospital of Lubeck in Germany.

“Tildrakizumab is an interleukin-23p19 inhibitor approved for the treatment of moderate-to- severe plaque psoriasis with evidence of sustained disease control over 5 years,” Thaçi and colleagues wrote. “The objective was to determine the percentages of patients who had an absolute PASI <3 in ≥90% of follow-up visits and at all follow-up visits up to week (W) 244, among patients on tildrakizumab 100 or 200 mg from the reSURFACE 1 and 2 phase 3 trials.”

The investigators used patients who had both gotten an absolute PASI score of <3 at 28 weeks and who continued their treatment with the same tildrakizumab dose. The tildrakizumab 100 and 200 mg doses had been given at Week 0 and Week 4, and then every 12 weeks.

The researchers scheduled a total of 18 psoriasis patient visits between W28 and W244, during which they assessed PASI scores and asked the following research questions:

By 28 weeks, 263 and 180 patients who had been reported as PASI <3 responders to treatment with tildrakizumab 100 and 200 mg, respectively, kept to their tildrakizumab dose regimen.

Treatment arms’ baseline characteristics were similar to one another’s, in addition to being comparable to the general trial population’s characteristics.

The analysis concluded that 4 out of 5 patients treated with 100 or 200 mg tildrakizumab at 28 weeks maintained PASI of <3 at 244 weeks, noting that the analysis demonstrated the long-term durability of tildrakizumab response measured with a key therapeutic target.

They also noted that 58.9% and 70.0% of both groups, respectively, reported a PASI score of <3 at every follow-up meeting.

“Efficacy-specific outcomes (including maintenance of response) were revealed to be the most important treatment attributes for patients and physicians in a systematic review of patient preference studies,” they wrote. “Moreover, response maintenance has been reported as the first or second (after risk for serious adverse events) most important attribute for a drug among patients with moderate-to-severe psoriasis. Thus, from a patient perspective these results are highly relevant and reassuring.”

The analysis, “Long-term stability of PASI <3 response to tildrakizumab: pooled analyses from reSURFACE 1 and reSURFACE 2 phase 3 trials through 5 years,” was published online in the Journal of the European Academy of Dermatology and Venereology.