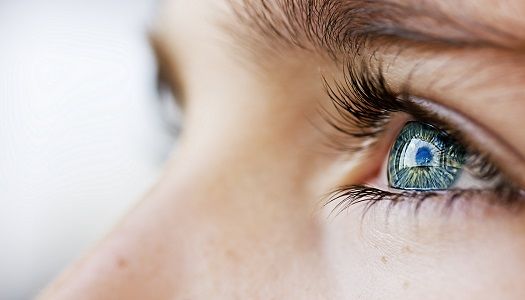 Pigment epithelial detachment (PED) and intraretinal cysts (IRCs) were noted as predictors for poor visual impairment in patients with neovascular age-related macular degeneration (nAMD), according to a new report.

Investigators from the National Taiwan University Hospital in Taipei retrospectively reviewed the medical records of 126 eyes from 81 men and 45 women in order to evaluate the characteristic changes in optical coherence tomography (OCT) biomarkers in nAMD. The average patient age was about 75 years old, the investigators said. The study authors noted that OCT is often used to predict and evaluate the treatment response as well as guide the treatment for nAMD patients.

OCTs biomarkers can and have been linked to visual acuity or visual improvements in prior studies, the investigators wrote, but many of these early studies were not precise. Now, they hope present studies like their own can make use of high-resolution OCT biomarkers in real-world situations.

They looked at the eyes with nAMD treated with anti-vascular endothelial growth factor (anti-VEGF) drugs such as intravitreal ranibizumab or aflibercept, and monitored how that effected visual outcomes at one-year follow up. The investigators measured OCT at baseline, as well as months 3, 6, and 12 after the initial injection.

The investigators measured the treatment response of IRCs, subretinal fluid (SRF) and PED as well as the correlation between best-correct visual acuity (BCVA) changes and these biomarkers. They learned there was no significant differences in BCVA between baseline and months 3, 6, or 12. In the 1 year, where patients averaged about 5 injections, the BCVA remained unchanged from 20/100 to 20/125 at month 12, they wrote.

IRC, PED disrupted external limiting membrane (ELM) and ellipsoid zone (EZ) at initial presentation, as well as greater central foveal thickness (CFT) at baseline were linked to poor initial visual acuity, the study authors wrote. Plus, they said, after adjustments for age, sex, and baseline CFT, the presence of PED, disrupted ELM and EZ, and greater baseline CFT were all still associated with baseline visual acuity. They found that IRC presence led to a similar trend but with only “borderline significance.”

However, just one-third of eyes with PED at baseline showed no PED after the final OCT exam, the study authors learned. They said there were no significant differences between ranibizumab and aflibercept among the treatment responses of IRCs, SRF, or PED.

“Among the OCT biomarkers that were examined, PED and persistent IRCs were important predictors of poor visual improvement, and we could use baseline OCT morphology and the treatment response after loading injections to differentiate exudative from degenerative IRCs and thereby better predict the persistence of cysts at month 12,” the study authors concluded. “These findings could further help predict treatment responses as well guide physicians in adjusting their treatments.”

The study, “Biomarkers of optical coherence tomography in evaluating the treatment outcomes of neovascular age-related macular degeneration: a real-world study” was published online in Scientific Reports.