May 5, 2016
Ellen Kurek
Conference|Association for Research in Vision and Ophthalmology

Results from the ATLAS study show that patients with wet AMD treated with Eylea experienced visual and anatomic improvements after 1 year that were sustained after 2 years. 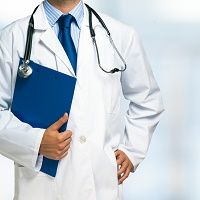 Several retrospective and prospective studies support the use of a treat-and-extend regimen of intravitreal injections of anti-VEGF (vascular endothelial growth factor) agents in patients with neovascular (wet) age-related macular degeneration (NVAMD). Such a regimen can reduce office visit and treatment burdens while achieving reasonable functional and anatomical results.

Most of these studies have focused on off-label bevacizumab (Avastin, Genentech/Roche) and ranibizumab (Lucentis, Genentech). However, use of a treat-and-extend regimen with the anti-VEGF agent aflibercept (Eylea, Regeneron), approved for NVAMD more recently than Lucentis, has not been validated (Avastin is not approved by the FDA for treating AMD). Thus, the durability of Eylea’s effect when used in this fashion is unclear.

“Each of these anti-VEGF molecules is different,” noted Francis DeCroos, MD, of the Wills Eye Institute in Philadelphia, PA. “Whether this makes a clinical difference is a matter of ongoing and lively debate.”

To determine visual and anatomic outcomes and the number of injections needed with a treat-and-extend Eylea regimen for NVAMD, DeCroos and colleagues completed the Aflibercept Treatment with Less-frequent Administration Study (ATLAS). This 2-year, multicenter, prospective, open-label study evaluated the use of this strategy in a single, treatment-naïve, NVAMD-affected eye of 40 patients.

DeCroos reported the 2-year results of ATLAS at the Association for Research in Vision and Ophthalmology (ARVO) Annual Meeting in Seattle, WA, on May 4, 2016. The results were also published in an abstract included in the ARVO proceedings.

To be eligible for study, eyes had to have macular fluid seen on spectral domain optical coherence tomography (OCT) and active leakage as confirmed by fluorescein angiography (FA) at baseline. Eyes were treated every 4 weeks until extension criteria (eg, no signs of macular exudation, such as fluid, hemorrhage, or leakage) were met.

One serious ocular adverse event, endophthalmitis, was reported. Serious systemic adverse events included 4 deaths, one from myocardial infarction, and the onset of nonfatal congestive heart failure in one patient.

The ATLAS team concluded that using a treat-and-extend regimen for NVAMD led to visual and anatomic improvements after 1 year that were sustained after 2 years, even though the treatment burden decreased from year 1 to year 2. According to DeCroos, these improvements were comparable to those noted for treat-and-extend Lucentis and Avastin.