Studying vision impairments and their effects on quality of life in multiple sclerosis patients is a developing field. 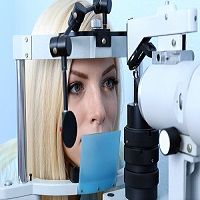 Vision impairments due to multiple sclerosis (MS) is common but an under studied area, according to a report from a recent international meeting of investigators published in Brain.

Researchers from both the United States and the United Kingdom reported on an international meeting of investigators aiming to develop and study visual outcomes in MS. The meeting, held in November 2013 in Dublin, Ireland, was attended by over 60 investigators in the realms of MS, neuro ophthalmology, clinical trial design, and evaluation of clinical outcome measures from Europe, North America, Asia, and Australia.

First, the researchers examined optic neuritis associated with MS, which is common among patients. The symptoms are described as several days of visual loss and, often, peri orbital pain exacerbated by eye movements. Complete vision loss is uncommon, however. Improvement of vision takes place typically after about 1 month following symptom onset. About 95 percent of patients achieve 20/40 high contrast visual acuity (HCVA), although many patients experience decreases in vision related quality of life (QOL) after 5 to 8 years. There are short term treatments, typically intravenous methylprednisolone, which can speed recovery, but nothing offers long term benefits. Optical coherence tomography (OCT) offers a good option, the researchers believe, in studying therapies for neuroprotection and repair in MS.

The attendees also believed that patient reported outcomes are equally if not more important than clinical outcomes in measures of visual function, structure, and electrophysiology in their relation to patient QOL. The most common test used for vision specific QOL, the NEI-VFQ-25, are reduced in MS patients, so a 10-item supplement was introduced. However, there have still been reduced scores reported for MS patients. Attention must also be paid to fatigue during study visits, according to the authors.

More comprehensive studies of visual dysfunction as secondary outcomes in clinical trials are needed, and particularly for progressive MS, the attendees determined. But more trials which aim to improve visual outcomes following optic neuritis are needed, as well.

“It is imperative that trials focusing on acute optic neuritis have sufficiently stringent eligibility criteria to insure accurate diagnosis and to avoid enrolling participants with other forms of optic neuropathy or causes of visual loss,” the authors concluded.

This is especially true in pediatric MS cases, although they are rare, which present many study challenges for researchers, the authors reported.

“The capacity for measures of visual function, QOL, visual pathway structure, and electrophysiology to show not only deterioration but also improvement will be critical in the emerging era of agents that repair and protect the nervous system,” the authors said. “Vision research in MS will continue to require and benefit from the collaborative approach that has contributed to its success over the past decade.”