The protocol appeared safe, with no associated increases in the incidence of hypoglycemic events during hospitalization or 30-day mortality.

Recent data suggest that a protocol based on subcutaneous insulin for diabetic ketoacidosis (DKA) treatment had associations with a significant decrease in both intensive care unit need and readmission.

The protocol additionally appeared to be safe for patients with DKA, showing no associated increases in the incidence of hypoglycemia during hospitalizations or in 30-day mortality.

“Our results suggest that an [subcutaneous] insulin-driven protocol including the selection of optimal patients can be used effectively in treating DKA, although these results should be confirmed in future prospective studies,” wrote study author Vincent X. Liu, MD, MSc, Kaiser Permanente Division of Research.

Standard therapy for DKA in the United States has included continuous intravenous regular insulin until resolution of ketoacidosis, managed in the ICU for close monitoring. Meanwhile, subcutaneous insulin could decrease the ICU needs, but data remain limited.

The current study examined the outcomes of patients with DKA treated with subcutaneous insulin protocol in place of IV insulin infusion, followed by rapid-acting insulin injections given over longer periods than previously examined.

Between January 2010 - January 2016, all hospitals in an integrated healthcare system in California used a standardized electronic health record (EHR) order set for treating DKA. At the start of 2016, the intervention hospital implemented a DKA protocol using subcutaneous insulin as primary treatment for all adult (≥18 years), nonpregnant patients.

Through the first 48 hours of hospitalization, the total number of insulin units administered at the intervention site did not differ between the preimplementation and postimplementation periods (122.5 versus 126.2 units), while they increased at standard care sites (109.6 versus 121.9 units).

The study, “Evaluation of Outcomes Following Hospital-Wide Implementation of a Subcutaneous Insulin Protocol for Diabetic Ketoacidosis,” was published in JAMA Network Open. 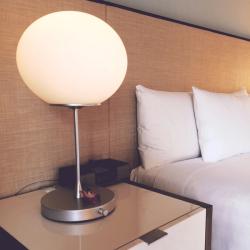