Analysis of 2 phase 3 trials found that 24% of patients experienced new choroidal neovascularization over the course of the 96-week trials. 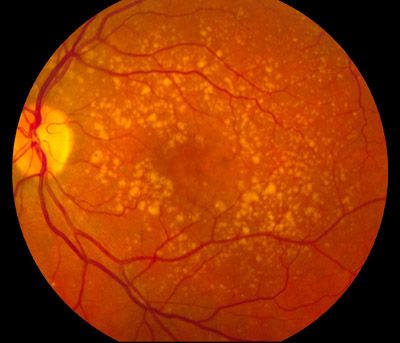 Results of a new study could impact how physicians monitor patients suffering from neovascular age-related macular degeneration (nAMD) in 1 eye. &#8232;&#8232;

A post hoc analysis of 2, 96-week phase 3 trials revealed that patients with nAMD in one eye who are treated with anti-vascular endothelial growth factor (VEGF) may be at an increased risk of fellow eye conversion. &#8232;&#8232;

In an attempt to gain more prognostic information to better manage patients, investigators sought to determine the incidence of conversion to nAMD in untreated fellow eyes of patients with nAMD in 1 eye being treated with aflibercept or ranibizumab. Using results of the VEGF Trap-Eye: Investigation of Efficacy and Safety in Wet AMD (VIEW) 1 and VIEW 2 studies and analyzed a subgroup of participants treated for nAMD in 1 eye who had untreated fellow eyes without neovascularization at baseline. &#8232;

Both studies were randomized, double-masked, active-controlled, phase 3 trials that included 2457 patients with treatment-naive fellow eyes. Of the 2457, a total of 1561 patients were included in the investigators’ analyses.

In their conclusion, investigators wrote that the findings of their study should be used to identify and more closely monitor patients that may be at an increased risk of conversion. Pointing to the substantial conversion found in the post hoc analysis, investigators felt the study highlight the need for further studies examining use of preventative measures. Investigators noted out multiple limitations within their study as an inherent result of post hoc analyses — including lack of data on optical coherence tomography evaluations, which may have been a limiting factor in the current environment. &#8232;&#8232;

This study, titled “Incidence of New Choroidal Neovascularization in Fellow Eyes of Patients With Age-Related Macular Degeneration Treated With Intravitreal Aflibercept or Ranibizumab,” is published in JAMA Ophthalmology.