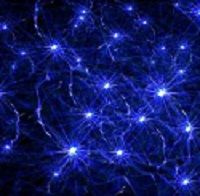 Painful diabetic neuropathy (PDN) can be relieved for months with a non-viral gene therapy, according to research published in the Annals of Clinical and Translational Neurology.

Researchers from Northwestern Medicine administered the non-viral gene therapy or a placebo in order to evaluate the safety and efficacy of a plasmid (VM202) containing 2 human hepatocyte growth factor isoforms given by intramuscular injections in patients with PDN. There were 84 patients included in the study who were randomized to either receive injections of 8 or 16 mg VM202 per leg or placebo. Doses were administered on days zero and 14. The researchers asked the participants to evaluate their mean pain scores measured by a 7 day pain diary. The researchers had secondary objectives in this study, such as assessing quality of life and pain measures and intraepidermal nerve fiber density.

The patients who received 8 mg VM202 per leg improved the most in all efficacy measures, the researchers said, including a significant reduction at 3 months in the mean pain score. This continued, but was not statistically significant, and at 6 and 9 months the pain was still somewhat reduced.

“Those who received the therapy reported more than a 50 percent reduction in their symptoms and virtually no side effects,” lead author of the study Jack A. Kessler, MD, said in a press release. “Not only did it improve their pain, it also improved their ability to perceive a very, very light touch.”

The authors added that there was significant improvement demonstrated in the brief pain inventory for patients with diabetic peripheral neuropathy and the questionnaire section of the Michigan Neuropathy Screening Instruments. The largest reductions in pain were seen in patients not taking pregabalin or gabapentin, the investigators said.

“We are hoping that the treatment will increase the local production of hepatocyte growth factor to help regenerate nerves and grow new blood vessels and therefore reduce the pain,” continued Senda Ajroud-Driss, MD, an author of the study. “We found that the patients who received the low dose had a better reduction in pain than the people who received the high dose or the placebo. Side effects were limited to injection site reaction.”

The authors hope that in the future, they can assist in the development of a treatment that can reverse neuropathy.

“Right now there is no medication that can reverse neuropathy,” Kessler concluded. “If we can show with more patients that this is a very real phenomenon, then we can show we have not only improved the symptoms of the disease, namely the pain, but we have actually improved function.”