The Buzz on a New Pain Gene

Researchers at Children's Hospital Boston and their collaborators report on a novel human pain gene by studying fruit flies.

Researchers at Children's Hospital Boston and their collaborators report on a novel human pain gene in the November issue of Cell. The gene may determine how we experience sever or acute pain.

People with minor variations in this gene showed clear differences in susceptibility to acute heat pain and chronic back pain, according to the research. Corroborating mouse studies give some clues as to how the gene controls pain sensitivity. The gene was uncovered in a genome-wide hunt for pain genes in fruit flies, which revealed hundreds of other candidate pain genes that await further study.

Understanding the genetic basis of pain will lead to the development of new analgesics, the identification of risk factors for chronic pain, and improved decision-making about the suitability of surgical treatment for different patients, said Clifford Woolf, MB, BCh, PhD, the study's senior co-author and director of the F.M. Kirby Center and Program in Neurobiology at Children's, in a press release.

Classic studies of twins indicate that about 50% of variance in pain sensitivity is inherited. "Across a number of different kinds of pain, genes seem to be at least half the driver of how much pain you experience," Woolf said. "Genes give us an amazing and powerful tool to begin to understand how pain is generated, and which functional pathways and specific proteins are involved."

The new gene, discovered in a collaboration with the Institute of Molecular Biotechnology of the Austrian Academy of Sciences and others, encodes part of a calcium channel called alpha 2 delta 3. Calcium channels are pores in the cell membrane through which calcium ions pass, and are critical for the electrical excitability of nerve cells.

The study, co-led by Joseph Penninger, PhD, scientific director of the Institute of Molecular Biotechnology in Vienna, took advantage of the relative ease of conducting genetic screens in fruit flies. Nearly 12,000 genes were targeted for mutations specifically in nerve cells, using RNA interference (RNAi) technology. The team then exposed the different mutant flies to noxious heat, and identified the ones that failed to fly away. After eliminating flies with other complications, such as an inability to see or fly, they zeroed in on those with mutations that appeared to be specific to pain.

Studies of mice lacking alpha 2 delta 3 demonstrated that this gene controls sensitivity to noxious heat in mammals as well as flies. Further, functional MRI imaging of the mutant mice revealed that alpha 2 delta 3 controls the processing of thermal pain signals in the brain: the heat pain signal seems to arrive appropriately at the thalamus, an early processing center, but does not travel to higher order pain centers in the cortex. Instead, the MRI images showed a surprising cross-activation of vision, olfaction and hearing cortical areas. This cross-activation, or synesthesia, was noted with tactile stimulation in addition to the heat pain stimulus.

To determine the gene's role in human pain sensitivity, Michael Costigan, PhD, assistant professor at Children's, together with colleagues at the University of Pittsburgh and the University of North Carolina, looked at four single nucleotide polymorphisms (SNPs), or single-letter variations in the DNA code, within or close to the alpha 2 delta 3 gene in 189 healthy volunteers. They found that certain less common SNPs were associated with reduced sensitivity to acute pain in a test administering a quick series of noxious heat pulses. Additional testing in 169 patients who had undergone surgery for pain caused by herniated vertebral discs revealed that patients with these less common SNPs were substantially less likely to have persisting chronic pain.

The international team plans further studies on the other pain genes identified in the fly screen. In a recent publication in the journal Brain, Costigan and Woolf identified the gene encoding the potassium ion channel subunit KCNS1 as another pain gene. Minor variations in KCNS1 accounted for differential sensitivity to chronic pain in five of six independent patient cohorts. These patients, 1359 in total, suffered from lumbar back pain, pain following limb amputation or sciatica. A SNP in KCNS1 also accounted for differences in acute pain sensitivity in healthy volunteers. Importantly, the SNP variant associated with a higher risk of pain is relatively common in the general population—present homozygously (in its strongest form) in about one in five people and heterozygously (in a less dominant form) in about one in two people.

In 2006, the Woolf laboratory identified the first pain sensitivity gene in humans, GCH1, which encodes an enzyme controlling the synthesis of a co-factor essential for production of certain neurotransmitters.

"We are trying now to use a panel of the pain genes we've found— alpha 2 delta 3, KCNS1, GCH1 and others—to develop a genetic risk profile and then say, if you combine these polymorphisms you have a 60% chance of chronic pain after surgery, versus say, if you have another polymorphism mix, a 5% chance. This is another way to personalize medicine," Woolf says.

The study was funded by the National Institutes of Health, the Austrian Academy of Sciences, the European Research Council and other organizations. The co-first authors were G. Gregory Neely, PhD of the Institute of Molecular Biotechnology and Andreas Hess, PhD of the University of Erlangen-Nuremberg in Germany.

Children's Hospital Boston is home to one of the world's largest research enterprise based at a pediatric medical center, where its discoveries have benefited both children and adults since 1869. More than 1,100 scientists, including nine members of the National Academy of Sciences, 12 members of the Institute of Medicine and 13 members of the Howard Hughes Medical Institute comprise Children's research community.

Source: Children's Hospital Boston --What do the findings mean for the future of pain medicine? Leave a comment. 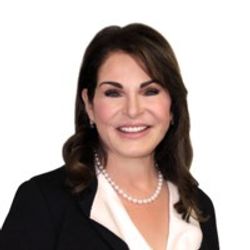