The Erlanger Story: How a Tennessee Hospital Became a World Leader in Stroke

Erlanger Hospital in Chattanooga, TN is smack in the middle of stroke country. But it took more than demographics to put its ground-breaking stroke treatments on the map. 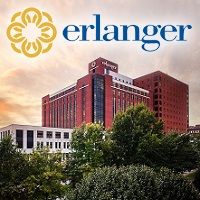 But 150 miles away, interventional neurologists in Chattanooga, TN felt validated, not shocked.

There, at Erlanger Medical Center, physicians had been successfully using clot-retrieval devices since 2004, helping build this mid-sized hospital in a mid-sized southern city into a center that successfully treats more stroke victims than any other hospital in the US, and possibly the world.

They have had no shortage of patients.

Hamilton County TN, where Erlanger is located, has a raging epidemic of stroke.

The incidence is 300 times that of the national average. According to the US Centers for Disease Control (CDC), the “age adjusted stroke death rate in Hamilton County is 48.8 per 100,000 residents.” For comparison, the national rate of death due to stroke is 40.8 per 100,000 people. “We are in the buckle of the stroke belt,” says Blaise Baxter, MD of the Southeast Regional Stroke Center at Erlanger.

According to a report from the CDC stroke is the fifth leading cause of death in the US. Several factors can increase the risk of stroke, including race, ethnicity, and geography. Annually, around 795,000 people in the US have a stroke, and of those, around 87% are ischemic stroke, meaning that blood flow to the brain is blocked.

It is in treating ischemic stroke, specifically strokes involving large vessel occlusion, known as ELVO, that the team at Erlanger has had great success. 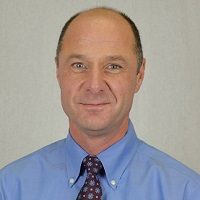 The team includes Baxter, MD, (left) an interventional neuroradiologist who came to Chattanooga in 1999. and Thomas Devlin, MD, a neurologist and neurohospitalist who wanted to develop a treatment for ELVO stroke. Also on board are highly trained nurses, assistants, technicians and other professionals.

They started with tissue plasminogen activator (tPA), then a fairly new emergency treatment meant to break up clots (thrombolysis) says Baxter. But they found the drug often did not dissolve clots fast enough.

By around 2004 the team was using a clot-retrieval device, shaped like a tiny corkscrew. The device was the Merci Retriever, manufactured by Concentric Medical. The Merci was introduced at a few stroke centers around the world, but the right combination of Baxter’s skills, the team’s experience, and the timing meant that Erlanger had the best rate of success with it.

“I tried it with a few patients with great success,” Baxter says. “Only a few had been done throughout the world at that time, and I had almost 100% success.” Around the same time, the television show ER used some footage of Baxter working on a patient, which, he says, “gave us some notoriety; that got us some attention.”

Between the team’s success with the Merci Retriever and the publicity from the television show, the stroke program at Erlanger began to build. Baxter says, “We were seeing the patients getting dramatically better because we were opening those vessels very quickly, but there hadn't’t been any major studies to prove that what we were doing worked.”

Then in 2014 a Dutch study known as MR CLEAN showed that clot retrieval was clearly superior to using clot-busters, an approach known in medical slang as “drip and ship” for its focus on starting stroke patients at community hospitals (or in the ambulance) on tPA then getting them to a stroke center or other facility with advanced stroke care.

The studies, ESCAPE, EXTEND-IA and SWIFT PRIME, showed that people who have ischemic strokes caused by a large vessel blockage will have much better results if the clot is quickly removed mechanically vs. receiving intravenous tPA without the intervention Erlanger participated in SWIFT, PRIME, and ESCAPE -- they had both the highest number of enrollees and the best results. Erlanger had a head start and solid track record in doing such procedures. “We were the number one center enrolling patients,” says Baxter, ”More importantly, we had the best outcomes.”

At the stroke meeting in Nashville last year, the results from those studies were announced, and “that has changed the way stroke is treated in the world,” says Baxter. Now, the team at Erlanger is working toward helping other hospitals develop the kinds of systems that will lead to faster, more efficient care and better outcomes for stroke victims.

Now, the challenge is making sure that other hospitals around the world have the tools they need in order to develop systems that will lead to fast treatment of stroke. “It’s a time thing--the faster they can get that blood vessel open, the less brain will die,” says Baxter. 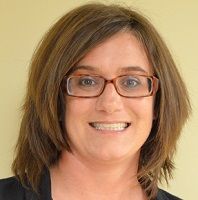 Traci Jennings, (right) the administrator of the neuroscience program at Erlanger, joined the team three years ago. She says that one of the biggest challenges from a program perspective is the volume of patients. “It’s very challenging to go through and do what you need to do,” she says. “Essentially the biggest factor is team work.”

Because Hamilton County sees such a large number of stroke victims, the “hub and spoke system” in use at Erlanger was already in place when the stroke team began using the new treatment. A major challenge has been getting patients to treatment any hour of the day, any day of the year. Time equals brain, as the saying goes.

It was challenging to create systems for transporting patients, having them be auto-accepted once they arrived, and myriad other details. Erlanger is adding a fifth medivac helicopter, further expanding its reach across the region.

Both Jennings and Baxter stress the importance of teamwork when they travel and speak about the systems at Erlanger. “You have to have communication and buy-in from the emergency department, all the way to discharge, the operating room, neurosurgery, vascular surgery, and everyone else involved,” says Jennings.

The team at Erlanger is working to share what its members have learned. Baxter estimates that of about 200,000 ELVO cases in the US last year, “probably only about 15,000 were treated with the new technology.” He adds that it is important for clinicians to know what an “ELVO” patient looks like, and to understand the “picture to puncture” time. “We’ve got 60 minutes from the time we take the picture with the CAT scan to the time we puncture the blood vessel,” Baxter explains.

Baxter says he sometimes feels he is filling the role of consultant through sharing what is happening in Chattanooga. By remaining open to new ideas, while also sharing lessons learned, he hopes the Erlanger stroke team will continue to improve outcomes for stroke victims. “I get to see all the best practices from all over the world,” he says, ”So I get to bring all that back to our center.”