Enhancing beta cell regeneration and modulating autoimmune destruction of beta cells may be the key to effective diabetes treatment.

Enhancing beta cell regeneration and modulating autoimmune destruction of beta cells may be the key to effective diabetes treatment. 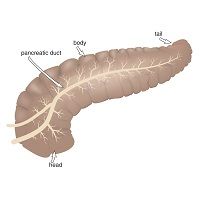 Gordon Weir, MD, is “totally obsessed with islets.” He admitted his “addiction” to the audience at the 20th Annual Meeting and Clinical Congress of the American Association of Clinical Endocrinologists. Weir, who is professor of medicine at Harvard Medical School and investigator at the Joslin Diabetes Center, provided the latest research on pancreatic islet stem cells. The diabetes problem is growing, he explained, and the cause is not enough insulin production in pancreatic beta cells. “What I dream about,” he said, “is how we can make more beta cells, enhance beta cell regeneration, and modulate autoimmune destruction of beta cells.”

One of the challenges in islet transplantation is the supply of beta cells. We can get them from embryonic stem cells, adult stem/progenitor cells, beta cell expansion, and other means. A few studies were actually able to convert embryonic stem cells into mature beta cells with “every criterion I would want to see,” Weir said. The cells were put in mice, and results showed that diabetes was cured, proper glucose levels were achieved, and appropriate insulin secretion. One of the concerns, however, is that teratoma-like structures were observed in the grafts. So we need to be careful when experimenting in humans. Another option is through pluripotent stem cells (iPS cells). Weir is convinced that the investigator involved in this research, Yamanaka, will get the Nobel Prize for his work, it is that important. Yamanaka used adenoviruses in cells reprogrammed from patient fibroblasts to induce iPS. Weir suspects these will be as good as embryonic stem cells. The only problem is that we don’t want to put adenoviruses into humans. The solution may be using modified mRNA, a process reported in a study last year. “The process is starting to get rolling,” said Weir, “I think it has a really bright future.”Other types of reprogramming, or transdifferentiation, include converting hepatocytes, acinar cells, or intestinal cells to beta cells.

The last topic Weir covered was immunology and islet transplantation. There is a need for immunosuppression with fewer side effects if transplantation is to work. One method for avoiding autoimmune destruction of beta cells is using encapsulation. The results are stunning in rodents, said Weir, so there must be a way to make them work in large animals. Rodent studies have shown success in trapping islets inside microbeads made of gel (alginate). Potentially helpful concepts to help improve immunobarrier devices, especially if they are to be used in humans, include positioning beta cells close to the membrane for optimal insulin delivery; not worrying about permselectivity of the membranes, as not much is needed; ensuring islet cells that are healthy and in the form of small aggregates which will produce better results.

To help move research forward in the area of immunology and transplantation, Weir is involved in the JDRF-MIT-Joslin Encapsulation Project, which aims to develop libraries of next generation materials, develop controlled drug delivery systems for improvement of transplanted islet performance, and develop improved islet transplantation devices. Preliminary findings are promising.