A recent survey found that 85% of commercial drivers tested for the sleeping condition tested positive for it.

A formal US ruling on commercial drivers operating a vehicle while drowsy has never been set. Rather, it’s treated as a guideline, Barbara Phillips, MD, MSPH, FCCP, said.

That could eventually lead to medical examiners losing the right to diagnose obstructive sleep apnea (OSA) in the particular population, Phillips, a professor in the Department of Internal Medicine in the Division of Pulmonary Critical Care at the University of Kentucky College of Medicine, said.

In a panel discussion regarding sleep management commercial drivers and public transportation professionals at the 2017 Annual CHEST Meeting in Toronto, ON, CA, Phillips explained that there’s only some varying forms of guidance — some of which is conflicting — on OSA for truck drivers.

The Federal Motor Carrier Safety Administration (FMCSA) was the closest agency to having set a ruling on the subject, Phillips said. The Department of Transportation-based agency released an Advanced Notice of Proposed Rulemaking (ANPRM) in conjunction with the Federal Railroad Administration in 2016.

However, the FMCSA announced a withdrawal from rulemaking this August, citing “insufficient information,” Phillips said.

Of course, there’s strong documentation of drowsy driving inflicting the community. Over 16% of fatal crashes involve a drowsy driver, according to 2017 data from the National Highway Traffic Safety Administration. As of December 2016, there were 1.7 million long-haul commercial drivers in the US, according to the American Trucking Association (ATA).

Phillips also cited a 2013 statistic from the ATA that states 80% of all car-on-truck crashes are the car’s fault. However, the information may be biased, Phillips said, and 1.7 million truck drivers makers for “a lot of lobbying power.”

An American Transportation Research Institute (ATRI) survey of more than 800 commercial drivers previously reported that about 85% tested for OSA were diagnosed with the condition. Over 70% of these tested participants were referred by a primary doctor, and over 38% were diagnosed with moderate OSA.

Despite 91% of drivers being treated had done so with a continuous positive airway pressure (CPAP) machine, less than one-third had actually reported improved sleep due to treatment. Only 6% of patients took more than 30 days off work during therapy.

That trend of drivers quickly returning to work conflicts with about 29% of all surveyed participants believing that OSA affects at least one-quarter of all commercial drivers, Phillips said, but it’s also “promising” that the population understands there’s an increased risk of crashes in the field.

Phillips cited a New York Times article from May that elaborated on the US commercial driver work schedule being dictated not by hours, but miles. Federal law sets a strict mandate of 11 allotted hours driving during a 14-hour period, Phillips said, and the rule is resented by most drivers.

“This is a very high-pressure job for these people, and that’s an important indication,” Phillips said.

Phillips quoted colleague Bob Stanton, a truck driver and founder of advocacy group Truckers for a Cause, as saying that “They don’t stop when they’re tired, they stop when there’s somewhere to stop.”

There is press against the health care-based movement for more action on OSA and sleep drowsiness in truck drivers. The Owner Operator Independent Drivers Association (OOIDA) has said the problem lies with the medical community, Phillips noted.

She shared a statement from the association that states that medical experts used OSA “as a cash cow” by treating patients with costly CPAP machines without any appropriate follow-up.

The ATRI survey also found that 53% of drivers treated for OSA had some out-of-pocket costs, averaging about $1,220 per patient.

OOIDA representatives stated that FMCSA withdrawal from the rulemaking initiative indicates that OSAA should be removed from regulations surrounding DOT medical card qualifications for commercial drivers.

Phillips expressed concern that the standards for diagnosing and managing OSA will eventually be established by courts and law, not by medical professionals. However, there may still be an opportunity for negotiated rulemaking.

Phillips said compliance from drivers themselves should not be ruled out.

“Commercial drivers are employed people who work very hard and will work with us if we give them a chance,” Phillips said. 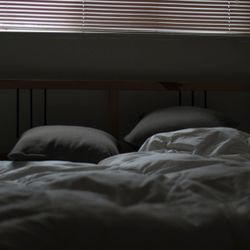 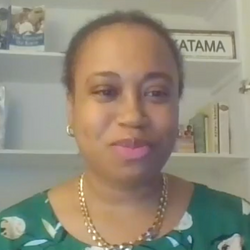