The STD Epidemic is Getting Worse in the United States

Gonorrhea, chlamydia, and syphilis are among the sexually transmitted diseases (STDs) that have been on the rise in the United States, according to the 2014 surveillance report from the Centers for Disease Control or Prevention (CDC).

Gonorrhea, chlamydia, and syphilis are among the sexually transmitted diseases (STDs) that have been on the rise in the United States, according to the 2014 surveillance report from the Centers for Disease Control or Prevention (CDC).

STDs have been a hot topic even more so as of recently. Charlie Sheen announced his HIV-positive status and in October 2015, the World Health Organization (WHO) revealed that more than half of the world has herpes. Now the CDC report is drawing attention to an additional three major STDs that are fighting their way to the top of medical charts across the country.

The CDC first started recording the number of gonorrhea cases in 1941, which tallied in at 193,468. By 1976 it had hit seven figures with 1,001,994, but five years later it dipped back under one million. The number continued to steadily decline… until now. The latest report shows that 350,062 cases in 2014, which is the first increase in gonorrhea since 2013.

Syphilis, which is split into four stages — primary, secondary, latent, and late – has had a rollercoaster ride of cases over the past seven decades. In 1941 there were 485,560 cases (including all of the stages). By 1968 it had decreased to under 100,000 and continued to go down until the late 80’s when it jumped back to six figures. It started to dip again in the mid 90’s and was hovering around 31,000 by the millennium. A total of 63,450 were reported in 2014. From the data taken from 26 states, the rate of coinfection with HIV (human immunodeficiency virus) was 51% for men who have sex with men, 11% for men who have sex with women, and 6% in women.

So who is being affected by STDs the most? While anyone can be infected, the most prominent group is probably exactly who you think. Young people, specifically those ages 20 to 24, are especially likely to become infected with gonorrhea or chlamydia and ages 25 to 29 with syphilis. The researchers also pinpointed gay and bisexual men for being at an increased risk. This is a serious concern because these diseases can cause other problems if not treated properly.

“Because chlamydia and gonorrhea often have no symptoms, many infections go undiagnosed and this can lead to lifelong repercussions for a woman’s reproductive health, including pelvic inflammatory disease and infertility,” explained Gail Bolan, MD, director of CDC’s Division of STD Prevention.

“To reduce STDs, Americans must take steps to protect themselves,” the statement said. “For sexually active individuals, testing and treatment according to CDC’s recommendations, using condoms consistently and correctly, and limiting the number of sex partners are all effective strategies for reducing the risk of infection and consequences to health.”

What to Read Next >>> FDA Releases Final Guidance for HIV Treatment 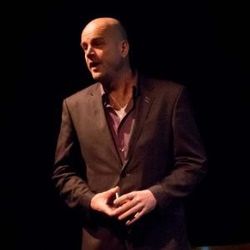