The 3 A's of Medicine

Twenty-five years ago I was told by my partner who had considerably more experience than I that the best way to build a medical practice was to follow the 3 "A's of medicine". In order of relevance they are availability, affability, and ability. Ability comes third because unless a doctor is available to patients so they come enough to like him, they would never know if he has any ability. 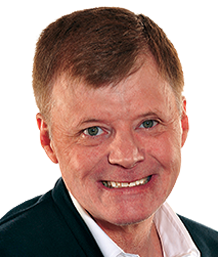 Twenty-five years ago I was told by my partner who had considerably more experience than I that the best way to build a medical practice was to follow the 3 “A’s of medicine”. In order of relevance they are availability, affability, and ability. Ability comes third because unless a doctor is available to patients so they come enough to like him, they would never know if he has any ability.

While the medical system has changed considerably in the past 30 years and will continue to change dramatically, the essential character of medicine — the doctor-patient relationship – continues to be the most rewarding aspect of medical practice. It probably is one of the most important factors in helping people get well and remain well. Whether or not doctors will continue to earn relatively large salaries, or command as much societal respect going forward is far from certain, but what will be undiminished is the joy of having good relationships with patients. The business of medicine is quite different than the practice of medicine. In the business of medicine, the 3 A’s may not matter as much because patient's have less freedom to select physicians and are forced to select physicians who are in their plan. I find it amusing when insurance plans refer to the highly qualified doctors in their network when the only qualification for membership is the willingness to accept a lower fee. Because of the nature of third-party billing, doctors can become more accountable to insurance companies than to the patients and in doing so there is less incentive to provide good customer, and personalized service.

If one wants to be happy practicing primary care medicine it is key to divorce oneself from the business aspects and focus on why we went to medical school in the first place. In my opinion, there is only one way to do that: diminish the role of insurance companies. Focus on who is important in our practice. In the US, there are a growing number of doctors who are doing just that.

The medical healthcare system is about as similar to health care as metaphysics is to physics. Unless you realize that the health care system and health care are 2 separate entities with very different goals you will join the ranks of many good doctors who are disenchanted with medicine. It is not the art of medicine but rather the business of medicine that we find distasteful. The ability to practice the art of medicine is a true blessing, bestowed upon a very few. The basic covenant of the relationship of doctor-patient in medicine has never changed since antiquity. Good doctors have always been available to their patients. Availability means that when the patients are sick or in need you suit up, show up and are ready to play ball — preferably in person or at least by an arrangement with someone you know and trust. No one logically expects you to be available 24/7, although emotionally they all wish we were. A good coverage system can alleviate some of those fears. Many physicians inadvertently sabotage their availability by using a formidable unfriendly phone triage system, staffed by the lowest paid employees who are seldom trained to deal with customer service, and having office hours that do not take into account that people work during the day. We make matters worse by being part of large coverage groups which virtually guarantee that our patients have to deal with doctors when they don’t know when they may be most at need. Every bit of technology that we employ to make our lives easier has the potential to make us appear less available. The trick is to find the best way to live a balanced life style without sending the message that you are never reachable.

Availability means making the best use of office visits so that problems are discussed in in an unhurried manner and treatment plans carefully developed. It means helping patients make their appointments for tests and referrals when necessary, and communicating directly to the specialists to whom they are referred. Because the business of medicine has made it necessary to see every patient for every drug refill, and referral request, as well as to personally see trivial complains that could be handled by telephone, it leaves little time to take care of the patients who really need our time. However in a volume-based primary care medicine practice it is financial suicide to do otherwise. There is another way which is gaining traction in the US and that is the concept of direct payment in which patients pay for primary care services without insurance. Doctors’ offices typically reduce and simplify their fee schedule because the patients pay out of pocket. Unbundling services, creative billing, and unnecessary testing is no longer an incentive. Doctors become accountable to the patient and not the insurance company. Unfortunately a physician will often have to drop out of health insurance plans to be able to do this which may have some unintended consequences for the patients. Another model which has gained popularity is the retainer based model where doctors collect a yearly fee for noncovered services and remain in the insurance networks. For routine visits patients use their insurance and pay small copays. Even out-of-network patents are charged only small copay because the majority of the income generated by the practice is from the yearly fee. In this model patient panels are kept low in order to ensure that all visits are timely, and unrushed. There are more than 750 doctors in the MDVIP network practicing personalized medicine at the present time. MDVIP’s studies indicate that satisfaction rates among patients are greater than 95%, physician satisfaction is equally high, and hospitalization rates are 80% less than in traditional practices.

Affability means being likable. It means remembering the names of the patients. An affable physician might take the time to clip an article about a patient or his family from the newspaper and discuss it on the next patient visit. Affable people listen well and take into account that people occasionally ramble because that is the way they tell their stories. Affability is that quality which makes a person who speaks to you feel good about themselves regardless of what you are discussing.

Affability makes a person human, quirky at times, and capable of identifying with others in a nonjudgmental way.

Ability is difficult for patients to judge. The truth is that average people just can't judge the competency of physicians any more than they can judge the competency of plumbers, car dealers or politicians. A quick look at the rogue’s gallery of people elected to Congress each year makes that obvious. It is true that some physicians are more able than others. Competency comes from being well trained and keeping up-to-date by reading and maintaining board certification. Good physicians are compulsive about the needs of their patients and seek to be their advocates. Able physicians typically are able to show their vulnerable side and are able to admit that they don't know everything also.

The value of primary care physicians who understand the 3 “A’s” is going to be more apparent in the next 20 years than in the past 20 years. Patients will expect more from their physicians because they will be paying the bills, not their insurance companies. . I think we are seeing a slow evolution in that direction, particularly since Obama care, where deductibles are typically high. Plans are paying less directly to physicians (especially in primary care) and the patients are paying more. The plans will mostly cover expensive technical procedures, hospitalization, and specialist bills. Inevitably, prices will have to come down in primary care for that reason, so I would add another essential quality to the 3 A’s — affordability. Historically, affordability has been a non-issue for most doctors and patients because insurance was paying.

In the near future the primary care doctors who are willing to adopt old traditional values and new practice models will flourish. For the rest, there is always pathology, or working for HMOS and insurance companies.