Emerging Therapies for the Management of Ulcerative Colitis - Episode 4

Andres Yarur, MD: In terms of the therapeutic landscape, I think we have several good drugs nowadays, and the treatment has dramatically changed in the last few years.

We can classify ulcerative colitis [UC] as mild to moderate, and moderate to severe. Therapy is really based on those 2 buckets that we talked about. The issue with talking about therapies in mild to moderate vs moderate to severe UC, is that some patients with more moderate disease may end up undertreated. Among the type of drugs we use for ulcerative colitis, we have 5-aminosalicylates, or 5-ASAs. 5-ASAs are available in oral formulations, and within those oral formulations, we have several types that release the drug in the colon. But we also have what we call topical therapies: suppositories, enemas, and in some countries, there are foam formulations. 5-ASAs have good efficacy for mild ulcerative colitis. They are considered very safe drugs, and topicals can be combined with oral therapies.

Corticosteroids are also a very important group of drugs and have been around for many years. They have been 1 of the main drugs used in the treatment of ulcerative colitis. Similar to aminosalicylates, we have topical corticosteroids—such as enemas or foams—and we usually use those to treat distal ulcerative colitis, just as we do with mesalamine. The oral formulations can be systemic drugs, such as prednisone, but there are other formulations, such as budesonide, that have a special release in either the terminal ileum or the colon, that have a much better adverse event profile, mainly because budesonide gets metabolized differently by the liver. Corticosteroids, in general, have a role as an induction agent. They’re not long-term treatments, they’re only a bridge to another safer, more efficacious therapy.

Maria T. Abreu, MD: When we talk about the treatment landscape and we think about immunomodulators—I lived the generation just bridging the availability of biologics—and I would like to believe there’s still a role for immunomodulators. They’ve been around for a long time. For patients in whom they work, and they don’t have adverse effects, these can be medications that can be used long term and have a long-lived effect. In other words, there isn’t an escape mechanism that occurs. Generally speaking, patients who do well on an immunomodulator continue to do well for years. Obviously, the rub on these immunomodulators has been that, very clearly, they do increase the risk of lymphoma.

There’s the patch in young men that we have to worry about and, of course, over the age of 60, I don’t even bother prescribing thiopurines. But I have patients on thiopurines who are older and refuse to get off the medication because they remember what their lives were like when they were steroid dependent, and would prefer to go that route. Obviously, we now have other options that make the immunomodulator space, and the patients in whom we use it, a smaller and smaller piece of that pie.

We also have JAK [Janus kinase] inhibitors in the treatment landscape for ulcerative colitis. There is a lot to recommend JAK inhibitors, in that they are oral. Their effect is mediated by inhibition of these JAK pathways, which are central to a lot of cytokine pathways. The 1 we have available is tofacitinib. Tofacitinib inhibits both the JAK1 and JAK3 pathways, and probably is a little more immunosuppressive than some of the other JAK inhibitors we’re going to have in the near future, I think, for IBD [inflammatory bowel disease]. Some of these are already approved, like upadacitinib is already approved for rheumatoid arthritis, again, not at the dose we’re going to use for IBD, but it is approved. And with these other, newer generation JAK inhibitors that are more specific, we’ve seen less of an issue with, for example, shingles. Tofacitinib has also had the issue of venous thrombotic risk, which we haven’t necessarily seen in the IBD population, but was seen in patients with rheumatoid arthritis. This has also been very clearly linked with comorbidities in older age.

Again, we probably are not as affected by this in our world of IBD, but nevertheless, it is something that has led to issues with wanting to use it, or being able to easily use it, as a first-line therapy. But I think that JAK inhibitors are going to be a very important part of our armamentarium shortly.

In the treatment landscape of ulcerative colitis, there are biologics. We know that the anti-TNFs [tumor necrosis factor inhibitors] work. They are the original things we used for ulcerative colitis. I’m smiling because I’m remembering that there was a lot of debate that anti-TNFs weren’t going to work for ulcerative colitis and they only worked for Crohn disease, yada-yada-yada; the rest is history. We have the various anti-TNFs that are effective in ulcerative colitis; we have infliximab and adalimumab. More recently, of course, vedolizumab was in a head-to-head study with adalimumab and showed superiority. So, I think for all intents and purposes, many of us use vedolizumab as our first-line biologic for ulcerative colitis. Ustekinumab, of course, is right there as well. There hasn’t been a comparative study done yet, in the ulcerative colitis space, of ustekinumab versus any of these other medications. But as a stand-alone, it appears to be very effective. The Achilles’ heel of these biologics is that when used after the patient has already been treated and lost response to an anti-TNF, the next biologic doesn’t seem as good. It remains to be seen whether that will also be true for vedolizumab and for ustekinumab. I suspect it won’t be as dramatic an effect as we’ve seen with the anti-TNFs. We’re lucky that now we have several mechanisms of action, even within that broad category that we define as biologics.

Emerging Therapies for the Management of Ulcerative ColitisIrritable Bowel Syndrome 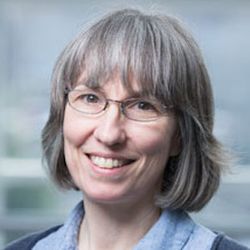 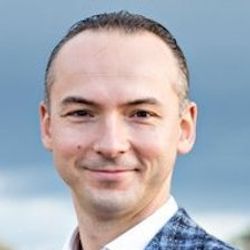