The most common tuberculosis test fails to diagnose a significant number of pregnant women with the human immunodeficiency virus (HIV). 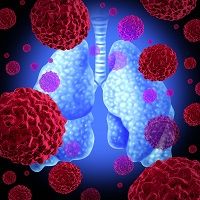 The most common tuberculosis test fails to diagnose a significant number of pregnant women with the human immunodeficiency virus (HIV).

The tuberculin skin test (TST) is the standard method to determine whether or not a person has tuberculosis. In latent tuberculosis cases, the bacteria is present but patients don’t show symptoms because the immune system keeps the infection at bay. However, pregnancy and HIV compromise the immune system, making it difficult to fight off infection. But why do diagnostic tools fail to pick up on so many tuberculosis cases in pregnant women with HIV? A collaborative team of researchers addressed the reoccurring problem in the American Journal of Respiratory and Critical Care Medicine.

“The World Health Organization and many governments endorse the TST because it is a cheap and ubiquitous test. However, our over-reliance on this single test means that we are failing to detect and treat a potentially life-threatening infection in tens of millions of high-risk women,” lead author Jyoti Mathad, MD, MSc, from Weill Cornell Medical College, said in a news release.

The researchers compared the efficacy of the TST to another diagnostic strategy, the interferon gamma release assay (IGRA) blood test. The study included 252 women in their second or third trimester, and they were tested for tuberculosis either while they were pregnant or at delivery.

The study looked at another 39 women in order to determine how pregnancy influenced tuberculosis tests. These participants underwent a blood test and were tested for tuberculosis at delivery and three months after giving birth.

The results indicate that pregnant women produce lower levels of the immune chemicals that many tuberculosis tests pick up on. Not every pregnant woman is going to lose their immune system’s function to control tuberculosis, but there’s no way to tell which ones will.

This information is valuable because now researchers have a jumping off point for developing a diagnostic test for high-risk populations.

“This habit — and habit is all that it is in many cases – exacts a toll on women worldwide. Pregnant women often get stuck taking longer regiments of outdated drugs due to a lack of research,” Mathad concluded.