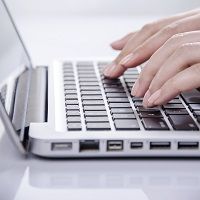 Physicians and patients can both benefit from the six-question quiz that was developed by a team at Johns Hopkins University in 2009. It can help determine which patients are more likely to contract STIs such as chlamydia, gonorrhea, and trichomonas. The questions focus on sexual partners and practices. Based on the answers, users are given a risk score from zero to ten which is translated to low, intermediate, high, or very high risk of contracting a STI. The results, however, only appear to be accurate in young women, not young men.

“We test a lot of people who are not infected, and although a tool like this might not predict every single case, we think it can be helpful in rapidly predicting the likelihood of an STI for physicians and patients,” lead author Charlotte Gaydos, DrPH, MPH, MS, said in a news release.

A total of 830 females and 550 males with an average age between 20 and 24 took the quiz, as described in the study published in Sexually Transmitted Infections. The analysis was controlled for age and race in women to show the independent correlation between risk score and accurate STI prediction. Race was the only controlled variant in men.

The research only focused on chlamydia, gonorrhea, and trichomonas since they are easily diagnosed and treated, Gaydos added. Since women have a higher risk in general, the points slightly differed between genders.

At least one of the three STIs was diagnosed in 117 women (14%) of the females and 39 men (7%) of the males — correlating with the national trend of more women having infections than men.

Compared to women who scored low risk, those who scored high or medium risk were four and two times more likely to have an STI, respectively. But why did the quiz only prove to be accurate in women and not men?

“We are not quite sure why this is, but untruthfulness or the fact that men tend to have lower rates of STIs are possibilities,” explained Gaydos, a professor in the Division of Infectious Diseases at Johns Hopkins University School of Medicine.

The researchers created this quiz as a supplement to their STI testing kit campaign, I Want the Kit, which allows people in selected states get results at home. They stressed that this quiz is not a sole method to predict infection, but it can help encourage users to get tested. The next step in this research is to increase the quiz’s accuracy for both men and women.

Curious to see where you fall on the STI risk scale? Take the Johns Hopkins quiz here.