David P. Hudesman, MD: Dr Abraham, you were talking about earlier how you make that decision. Take all these agents Dr Regueiro, just presented and make a decision for us.

Bincy P. Abraham, MD, MS, AGAF, FACG: I can after I talk to you each individually to see how severe it is. When we're discussing all these options, let's say we have a patient right in the middle, moderate disease any of these options are available. Sometimes it can be a long conversation. Especially if there's no specific preference, they don't have any comorbidities, we don't have to worry about anything essentially. If I have the choice, I'll go with the data and go with the most efficacious medication, if at all possible, with the best safety profile that we have. Then, the good news is a lot of our medications highly effective and highly safe as well if you think about long term data for them. Then it comes down to that whole patient preference. All of these medications are equal, fantastic. Then I'll ask the patients, would you prefer an injectable or an IV? And that makes that initial conversation easier and narrows down the medications I'll be discussing. If the patient tells me, Oh Doc you go ahead and chose for me then I just start back with the efficacy, safety and go from there. But I also like to kind of get some information from the patients of what is their lifestyle like. Even though they said you can choose for me, are they going to take injections, do they have a history of non-adherence? Do I need to make sure that they're being followed closely and come into an infusion center? Those kinds of decisions you kind of make with that relationship you've built with that patient.

David P. Hudesman, MD: Those are all great points. And Dr Regueiro, to get deeper into the therapy. Maybe some characteristics of when you would consider anti-TNF versus and anti-intergrin versus the IL-12/23 or selective 23 inhibitors?

Miguel Regueiro, MD, AGAF, FACG, FACP: It comes to the disease severity. For example, with Crohn's disease, if it's a patient who has fistulizing disease, perianal fistula, in my opinion in a patient who's been bio-naive, the best treatment is still an anti-TNF. I'm still using infliximab as a first-line agent in combination with a thiopurine or methotrexate for that fistulizing patient. Anita said it, it's important that severity is kind of over the long term. We know that the prognosticating factors of fistula. Another one is deep ulcers throughout the colon. And if you have patients with what I call multiple segments, small bowel and colon, and upper GI tract, probably that, for me, we may differ a little bit. But probably that for me as a first-line agent I'm still using combination anti-TNF with a thiopurine or methotrexate. However, I would say most of the patients we see are single segment, ileal, ilealcecal. They'll have a segment otherwise they're normal. They don't have fistula. Then we have a nice opportunity in that the anti-integrin class we have vedolizumab. In the anti-IL12/23 class we have ustekinumab and risankizumab. And then it gets down to some of the modalities-it was mentioned before, insurance. There's some of that we have to prescribe this. But in that case, vedolizumab, ustekinumab, risankizumab would all be very reasonable first-line options and it gets into, do you want every 8 week infusion ultimately or do you want an injection? And that's for first-line. You might get into kind of how you sequence if it's for second-line and that type of thing. All are effective, all are safe. Beyond that, what I would consider most severe category, which is the fistulizing or multiple segment deep ulcerating Crohn's disease.

David P. Hudesman, MD: Yes, I agree completely and that, I do that similarly for UC as well. I sort of separate my more moderate. And as you said, they're all going to work if you start early. They have a good working and then the more severe, more complex, that's where we need to rely on what's tried and true and been there in your anti-TNFs. For somebody who wants to comment on second-line. We'll assume somebody failed an anti-TNF since they've been around the longest and now you're coming in. Is that where you go to next, what data do we have?

Bincy P. Abraham, MD, MS, AGAF, FACG: Absolutely. That's a very important question because now, patients have already started on these biologics. They're coming to us perhaps later. Now when the initial diagnosis takes place. Some of these patients may have failed multiple agents. Unfortunately, we don't have a lot of randomized clinical trial data or prospective data to show, OK this patient has failed this. OK, we'll randomize you to this versus the other. That would be a great long-term study to have but it- probably very expensive one and you may need several years to see the outcomes of this. But we must extrapolate it from our clinical experience to what data is out there. Take for example, the simple feature of a patient who has failed an anti-TNF. Always have to find out why did they fail it? Is it because they developed anti-drug antibodies, which are very common in the TNF inhibitor medication world. And if that's the case and the responded beautifully to it in the past, then I will consider switching to another anti-TNF agent because we have other options because I know they did well with the first one. And when I switch over and they have not been on immunomodulator, I'm going to go ahead and add the immunomodulator with that switch and then follow them very closely. I'm a big proponent of therapeutic drug monitoring. I will, even with the combination therapy, I will check their drug levels when they get to a trough during their maintenance period to make sure it's still adequate. That I don't need to dose adjust them further to make sure they continue to remain in remission on that second agent. On the other hand, if I had a patient who had a primary non-response to the medication or lost response, but they had adequate drug levels, did not develop any anti-drug antibodies to the anti-TNF, then I'm going to go ahead and switch to a completely different mechanism of action agent looking at all the factors that we talked about of which one choose thereafter.

Miguel Regueiro, MD, AGAF, FACG, FACP: A couple things. As second-line, and I completely agree with Dr Abraham said, we have network meta-analysis that get into sequencing. We don't have great prospective data. The one thing I will say, there does seem to be in a patient who's lost response or has had an inadequate response to a TNF inhibitor, as we look at second-line therapies based on the network meta-analysis, if you had to the choose between an anti-integrin, vedolizumab, or 2 of the anti-IL12/23 or 23 risankizumab and ustekinumab, I probably lean toward ustekinumab or risankizumab. Vedolizumab is a second-line beyond TNF inhibitor, especially in Crohn's disease, seems to not work as effectively. And I'll say in my own practice I'm seeing the same. So, that's where there is a nuance in terms of deciding this. Final point I want to make, and we all slip into this, is that sometimes when, Jen was mentioning earlier, kind of the patient decision making and talking about the patient and the emotional quality, I hear myself saying this a lot, we use the word failure. And sometimes the patients feel like they failed whereas the therapy failed them. So, I try, and I slip into this in my own clinic, to use loss of response, you're not responding, or you've had an inadequate response. I had a patient say, when I said the failure, I could tell they were pretty upset like they did something wrong. And that's just a nuance that I slip into as well.

Jennifer Seminerio, MD: And one other thing that I would add to this conversation is we're all IBD-ologists, this is our life. We are very well versed in this field. And one thing that I've learned, now being in the clinical practice is that you must take the history with a grain of salt and sometimes you have to dig deeper. If somebody- if you're talking second-line, I find that asking the patient why the first-line was lost, sometimes will lead you to information which doesn't necessarily match what's in the chart. We've all seen it where a patient comes in and there's some record of failing infliximab. But when you talk to them, they may have only gotten one dose and then moved or they may have lost insurance coverage for a period of time. In those instances, I do think that really getting a good history, taking that extra time, you may land right back to your same first-line as your second-line because they actually can recall that it worked very well for them. It is one of the hardest things about this disease because it is such a prolonged and chronic disease state and you're asking people who don't have the medical background to remember things that may have happened 20 plus years ago. That is the challenge to use but as best as we can, I think diving into those medical records really does a service to us in the long term.

Anita Afzali, MD, MPH, MHCM, FACG, AGAF: As mentioned, we don't yet have good prospective randomized trials to help us with sequencing. The network meta-analyses are helpful. It helps guide us a little bit. What's also nice to see is that with the P19 antibodies as an example, we- the clinical trials and all of us are clinical trialists as well, we're seeing that the enrollment are among patients who have failed or that the therapies have failed them of 2 or more biologics or 3 or more or four or more, et cetera. And now we're finally able to have perhaps the type of patients we typically see in clinical practice where they have gone through different number of biologics previously. Now we could enroll them into or have enrolled them into these prospective studies where we are evaluating how can we sequence that second line option or fifth line option, if you will. And what is the success of the treatment for them based off the number of exposures?

David P. Hudesman, MD: I think this is a lot of our future studies, we're going to be looking at. Because right now everybody's focused on what's first line, realistically. This is a long-term disease, what sequence is the ideal sequence for that patient?

Anita Afzali, MD, MPH, MHCM, FACG, AGAF: And we have active comparators now too in these studies in the clinical trials to come have these newer therapies in the pipeline, which is so exciting because now, let's be honest, there's the placebo arm, and that's important in some ways. But now we need to know what about to an active comparator. What about for the patient who has gone through several other therapies before? 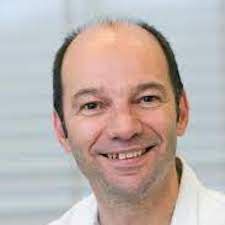