Brolucizumab every four weeks met efficacy end points versus aflibercept at end of MERLIN study, but with higher incidences of intraocular inflammation.

New two-year data on brolucizumab for neovascular age-related macular degeneration (nAMD) from the MERLIN trial were reported at the American Academy of Ophthalmology 2022 Meeting, after early termination due to an observed safety signal after the week 52 primary endpoint analysis.

Broluciziumab is a humanized, single-chain variable fragment antibody that inhibits vascular endothelial growth factor (VEGF)-A and is approved for q8w to q12w dosing after 3 monthly loading doses for nAMD. MERLIN was a phase 3a study comparing the efficacy of brolucizumab 6mg to aflibercept 2 mg doses every 4 weeks in individuals with nAMD and persistent retinal fluid despite frequent anti-VEGF injections.

Results from year 1 of MERLIN suggest the benefit-risk profile of brolucizumab used in an off-label continuous q4w maintenance dosing regimen after 3 initial monthly loading doses for nAMD is not favorable. Due to a safety signal uncovered after the Week 52 primary point analysis, year 2 of MERLIN was terminated before all participants completed the total planned study duration of 104 weeks.

The primary endpoint was the change in best-corrected visual acuity (BCVA) from baseline to week 52. All available secondary efficacy and safety data up to Week 104 or early termination up to July 2021 at the last patient’s last visit were summarized.

The data suggest 29.2% and 30.7% of brolucizumab and aflibercept participants discontinued the study due to termination by the sponsor, respectively.

Regarding safety signals, non-ocular treatment emergent adverse events (TEAEs) were similar in the brolucizumab and aflibercept arms (77.0% and 76.0%, respectively). The study noted ocular TEAEs were higher with brolucizumab.

The incidence of ocular AESI related to intraocular inflammation was higher in the brolucizumab versus aflibercept arm by termination of the study. The incidences of intraocular inflammation (including retinal vasculitis) and retinal vascular occlusion were 11.5% (1.1%) and 2.2% for brolucizumab versus 6.1% (0%) and 0.6% for aflibercept, respectively

The study, “MERLIN: Two-Year Results From the Phase 3a Trial of Brolucizumab in Participants with nAMD and Persistent Retinal Fluid,” was presented at AAO 2022. 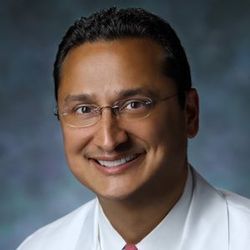 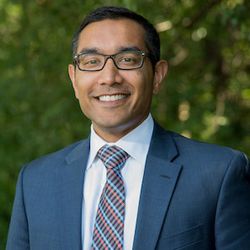