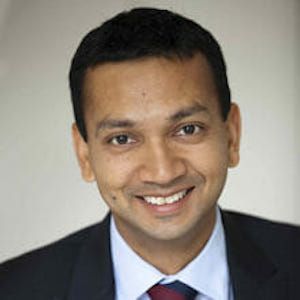 New research aimed to describe the ophthalmic development of infants born extremely premature as few studies have characterized the development. Children born preterm are at a greater risk of developing visual impairment and ocular morbid conditions compared to full-term peers.

Study author Saurabh Jain, MBBS, Royal Free Hospital, hypothesized an increased rate of visual and ocular abnormalities in extremey premature births that persisted into early adulthood, with the most frequent rates for those who had neonatal retinopathy of prematurity (ROP).

In fact, they observed that in individuals born extremely premature, visual and ocular deficits were observed to be partially independent of ROP status during the neonatal period, reporting similar overall visual function.

The study evaluated visual function and ocular morbidity in a well-characterized cohort of young adults born at 25 weeks’ gestation or earlier to contrast their outcomes with full-term controls.

The EPICure cohort comprised all relevant patients in the UK and Ireland from March - December 1995. Cohort patients were evaluated at ages 2.5 years, 6 years, and 11 years, with the current study representing follow-up at 19 years of age.

Investigators defined strabismus as the presence of a manifest deviation in the primary position at any distance, with or without glasses, and confirmed by the cover test.

Jain and colleagues saw no significant differences between patients in the extremey premature group and controls were observed for spherical equivalent of refractive error, monocular contrast sensitivity, color vision, or patient-reported visual function.

In the extremey premature group, 48% had no ROP, 39% had ROP not requiring neonatal treatment, and 13% received cryotherapy or laser ablation for ROP. No significant difference in binocular visual function parameters, prevalence of ocular morbidity, and patient-reported visual function by neonatal ROP status.