Vodou Baby--the Birth of a Surgeon

A Haitian nurse offered advice: "Keep your textbook nearby".

Editor's Note: "Keep your textbook nearby," he was advised. At 28, frustrated by the slow pace of a surgical residency, Bill Meffert, MD, signed on as a volunteer surgeon in Haiti. It was all he expected. In this piece, Dr. Meffert returns to with a second tale of Haiti. A consultant to the Stanford University Department of Surgery, has completed 9 medical missions at Albert Schweitzer Hospital in Haiti. His first was in 1965 while he was training as a surgeon at Yale. Now retired after 30 years as a cardiovascular surgeon in Iowa, Dr. Meffert has also volunteered in Russia and China. He's been a carpenter for Habitat for Humanity too. A member of the Pegasus Physician Writers group at Stanford and a published author, Dr. Meffert draws on his experience to shape his stories. (all photos by Dr. Meffert)

The afternoon sun blazed down on the hospital’s metal roof. Soaked in sweat, I sat in a rusted chair in the examining room, writing notes about patients seen earlier in the day. An ancient fan stirred humid air across the ceiling. I dried my forehead, and looked up when a Haitian nurse, Odette, left the room to choose the sickest people from a line of patients extending through the hospital, out the front door, and into the courtyard where bony horses and donkeys stood motionless in the unshaded gravel beside several Mapou trees.

Odette, who was also my interpreter, wore a white cotton skirt and blouse. With her shiny black hair pulled tightly back, she looked cool and comfortable while helping a patient open the examining-room’s hinged door, “Mesye,” she said, “Just turn the handle and push.” Then she led the limping man into the clinic and helped him remove worn, filthy clothing. Soon there was a knock on the door again and the first patient, now sitting in the examination room, laughed and shouted: “Mesye, just turn the handle and push!” And another Haitian entered the examination room; laughing and clapping shoulders after opening the hinged door; something neither one had seen before.

In a few hours, with Odette translating, I had seen fractured arms and legs, burns from cooking fires, large abdominal hernias, huge goiters, abdominal masses, disfiguring facial scars, and Tuberculous lung abscesses. Several people, called “Stick Men” by the Haitians, infected with HIV and too weak to walk, were carried to the hospital clinic by their families.

I was seeing patients at the rural hospital’s outpatient clinic until the usual surgeon returned from visiting his family in Port au Prince.

Odette had warned me not to tell the infected patients about either TB or HIV diagnoses without first informing their families. Untimely deaths from trauma and infections were common. I had assumed that life came and went easily for the Haitians because they lived in precarious dangers every day. But I hadn’t thought the reverse might be true; that the scarcity of good health, that life’s dangers, so crowded around them, would make living more precious and draw families together.

Patients seldom came to the hospital alone; the hospital was often a place where they went to die. Before the hospital existed, families gathered in nearby homes of the sick for the same reasons; to greet the ill person, drink sugar cane wine, to pray, and to tell sad or hilarious stories. Advanced age was treated with reverence.

Those found to have HIV, and their families who accompanied them, were ushered by Odette into a private room. Understanding they would be told bad news; that there would be no cure, they held hands and brushed away tears. It was not a new experience for them, many friends were now gone. They had prayed and torn their clothing before and death had come quietly anyway. It had come silently to them before; and now they embraced the infected patients in the small clinic room, the “Crying Room.”

I was a young surgical resident in a long training program who had tired of all the blood drawing, the chart writing, and the endless rounds seeing the same patients with different surgeons over and over while more senior residents performed surgery in the operating rooms. Older residents would smile when I complained. They would say something like: “First you have to learn by watching us before you can do surgery yourself. Do a good job now and someday you may become a senior resident.” They would laugh, but I hadn’t independently performed any major surgery alone except for sewing up lacerations in the emergency room.

I was impatient. Later in the day, I was reading messages posted on the surgical bulletin board and saw a flier from a rural Haitian hospital seeking surgical coverage for two weeks. My vacation was coming up. Thinking that I would get more responsibility there, I decided impulsively to volunteer as a surgeon in Haiti rather than lie on some Florida beach.

The surgical chief called me into his office when he heard about my plans. Sitting behind a heavy wooden desk, wearing a starched white jacket, he stared at me over round steel glasses.

“I see you read the letter about needing a doctor in Haiti,” he said.

“Yes sir,” I answered, and started to tell him I was interested in getting more operating experience. He smiled and interrupted me.

“Usually taking a vacation involves relaxing, sleeping late, and getting away from medicine. It sounds to me that you would be the only doctor there who could perform surgery. Hardly a vacation.”

I was silent and he continued.

“During the war, I was alone in Korea as a front—line medic. Big wounds; constant surprises; emergencies I’d never seen before. Just scared the hell out of me, but I learned to think on my feet and eventually became more comfortable making life-and- death decisions.

" I have watched you in the operating rooms; you are a good surgeon with good judgment. Nobody knows everything, but you are careful and know enough to be useful.”

After polishing his glasses with a handkerchief, he looked up and smiled. Then leaned forward, and shook my hand. “Take a two-week break, go to Haiti and tell me about it when you return.”

I collected the necessary medications; my immunizations, an assortment of other drugs and a water filter. Fortunately, I had packed a textbook of anatomy, and a surgical atlas.

The Haitian clinic was busy the first week, but except for setting a few fractures and suturing small wounds, I only worked in the small, hot operating room a few times. Beginning the second week, I decided to operate on more complicated cases. Meila, a nurse, gave the anesthetics and Odette was the scrub nurse if I needed one. I was suddenly alone in an operating room and chose which cases to operate on: Simple hernia repairs, skin grafts, and two appendectomies. I delivered several babies and gave a few kids Ketamine to set arm or wrist fractures, but saved the complicated cases until the regular surgeon returned.

“Well Odette, so far, so good.”I said to her as she rubbed what looked like a burn scar on one of her arms.

“You lucky man,” she said, laughing. “Keep your books nearby.”

It was like she had cast a Vodou spell on me.

Late that afternoon, crowds of gaily dressed people gathered outside the hospital entrance. We were still seeing clinic patients with the line of those waiting still extending out into the courtyard.

“Why all the noise and singing, Odette?” Perhaps embarrassed at the celebration, she laughed and looked over at me. “It’s a funeral” she said, smiling. “The dead leave us just for a while. We give them a good sendoff so they feel welcome when they return.”

Holding up a closed, brightly—painted casket, and soaked in perspiration as the sun set with a fiery red, the marchers stomped loudly to drumbeats, blew trumpets, and danced as they paraded past the hospital on their way to the cemetery. Then it became dark and quiet except for candles marking crossways of jungle trails and the far away beating of drums.

Later, about midnight, someone knocked excitedly on the door to my room. “Dokté, doktè, vini, vini quicke!” I pulled on my scrubs and sandals and ran to the emergency room behind the messenger, remembering what Odette had said about being lucky so far. There was shouting and crying coming from the clinic.

We opened the clinic door and saw a hugely pregnant women moaning and tossing wildly on the examining table. A nurse who looked frightened was trying to calm the patient. She looked over to me.

“Doctor, oh, doctor, a few minutes ago she arrived from a long distance and has been in labor more than a day. I examined her and felt a baby’s foot!”

I could also feel a foot in the vagina and the baby’s head up in the woman’s abdomen.

“We must operate as soon as possible to try to save the baby,” I said. “Tell her there will be a cut on her abdomen but she will not feel it. Call the anesthetist and Odette.” I started an IV of saline and tried to think of the details of a Caesarian Section.

A voice reminded me about wanting more responsibility. I wondered what a senior resident would do. I ran back to look at the surgical atlas beside

my bed. There were just three pages to describe a Caesarian Section. I had read these pages before, but had never seen or performed the operation. No other surgeons were within miles. I put the atlas beside the operating table for reference and scrubbed my hands.

“Put in a urinary catheter and give her more IV saline,” I told Odette. The spinal anesthetic worked well. We scrubbed off the enormous belly and covered the patient with worn but sterile sheets. I made a long incision and carefully entered the abdomen. I worried about possibly cutting too deeply and injuring the intestine or even accidentally cutting into the uterus and injuring the baby. I was slow and deliberate in contrast to more experienced surgeons whom, I understood, could deliver the baby in minutes. Finally, a thin, bloody fluid rushed out of the uterus followed rapidly by the baby’s head, which I carefully caught. Then the arms, the chest, abdomen and one leg came into view. The uterus contracted again to deliver the second leg. Somehow the placenta detached with another contraction and I pulled it away and pressed both hands around the uterus to help it contract. I looked up at Odette who was holding a howling baby girl carefully swaddled in a small blanket. Suturing the uterus and the mother’s abdomen seemed like watching another surgeon. Details of surgery were merging and fading away as the mother blotted her tears and sang to her baby.

The sunrise gradually pushed soft and red through the jungle, promising another blistering day. Drums returned to the hospital and people stood in the courtyard singing hymns to the newborn. Odette laughed. “We welcome a new life, she said. We celebrate today.” 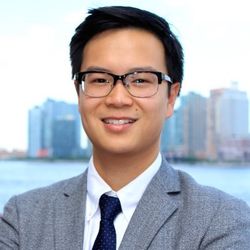