Wavelengths of Relief: Green Light Could Mitigate, Even Sooth Migraines

Harvard researchers find that pure green light did not exacerbate pain in migraine sufferers, and may even reduce it by as much as 20%. The discovery could lead to innovations that make life much easier for those with frequent migraines. 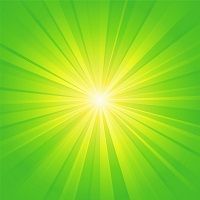 Harvard Medical School research suggests that exposing migraine and post-traumatic headache sufferers—whose headaches are exacerbated by light&mdash;to pure wavelength green light appears to significantly reduce their photophobia and even reduce the severity of their headaches. Published online on May 17, 2016, in the journal Brain, the findings offer hope to those migraine sufferers who often must isolate themselves in dark spaces, leaving them unable to work, care for family members, or pursue everyday activities due to photophobia, which is associated with more than 80% of migraine attacks.

Whereas pain from headaches incapacitates migraineurs more than their photophobia, “it is their inability to endure light that most often disables them,” said lead study author Rami Burstein, PhD, Professor of Anesthesia at Beth Israel Deaconess Medical Center (BIDMC) and Harvard Medical School.

After discovering that only blue light affects migraineurs who are blind, the researchers devised a method for studying the effects of various colors of light on headache. Participants undergoing acute migraine attacks were asked to report any changes in headache when they were exposed to various intensities of blue, green, amber, and red light. At levels of light intensity experienced in a well-lit office (high intensity), almost 80% of participants reported intensification of headache with all colors but green. Pain was actually reduced 20% with green light.

Dr. Burstein and colleagues were able to “show that green activates cone-driven retinal pathways to a lesser extent than white, blue and red; that thalamic neurons are most responsive to blue and least responsive to green; and that cortical responses to green are significantly smaller than those generated by blue, amber and red lights.”

Their finding that green light generated the smallest electrical signals in both the retina and cortex suggests that patients’ experiences with color and migraine photophobia “could originate in cone-driven retinal pathways, fine-tuned in relay thalamic neurons outside the main visual pathway, and preserved by the cortex.”

Although Dr. Burstein hopes that patients will soon be able to benefit directly from the study findings as well as his current efforts to determine how to create a low-cost light bulb that can emit “pure” green light at low intensity and sunglasses that block all but this narrow band of pure green light, he notes that the current cost of a single such light bulb, and the technology, is astronomical.