What's Ahead for HIV Antiretroviral Therapy?

The future of HIV treatment may include decentralized testing and self-testing, treatment optimization, improved diagnostics, home-delivered antiretroviral therapy, and other advances.

David Cooper, MD, of the Kirby Institute at the University of New South Wales, in Sydney Australia, gave a lecture on the past, present, and future of antiretroviral therapy at the 2015 Conference on Retroviruses and Opportunistic Infections held this week in Seattle, WA.

Cooper discussed several studies, including some he was involved with over 30 years of research. He shared insights about the medication stavudine (also known as d4T) used as part of antiretroviral therapy.

The review also covered efavirenz, a drug made by Merck that is used as a highly active antiretroviral therapy for HIV treatment. The drug succeeded for years because it was superior to others and “was never beaten until 2013 when it was found to be inferior to integrase inhibitors,” Cooper said.

“Its success was related to its long half-life and forgiveness,” said Cooper, who praised the World Health Organization for its 2013 consolidated guidelines that simplified recommended HIV treatment regimens. The decision resulted in a major breakthrough in the treatment of HIV, he said.

Cooper said that treatment optimization is an “interesting concept” to the question of whether we can do better with efavirenz. While there is a need to get treatment out to more people, the cost remains significant, he said.

Dose reduction may be a means to lower costs though some barriers to implementation would have to be addressed, Cooper said. He reviewed data from the ENCORE 1 study that compared the efficacy and safety of a reduced dose of efavirenz with a standard dose of efavirenz in combination with tenofovir and emtricitabine as first-line treatment for HIV infection.

“We showed pretty convincingly that 400 mg of efavirenz was noninferior to 600 mg,” said Cooper, who noted that there were excellent response rates at the lower dose.

“As far as we’re concerned, we think that these outcomes strongly support the rapid transition through normative treatment guidelines to recommend the routine use of a reduced dose of efavirenz to save money.”

The paradigm of HIV as an immunodeficiency has shifted to disease associated with immune activation, inflammation, and coagulopathy, said Cooper. He noted that in high-income countries with current guidelines, the life expectancy for a person with HIV is essentially the same as that of someone without the disease.

Needed improvements in HIV treatment include decentralized testing and self-testing, according to Cooper. Home-delivered antiretroviral therapy is also essential to prevent patients being lost to follow up in the system.

There are 13.6 million people who are receiving antiretroviral therapy and another 28.6 million who need it, Cooper said. Meanwhile, current levels of funding aren’t likely to sustain a large expansion in efforts to reach greater numbers of patients.

In looking to the future and the responsible use of funds, Cooper said it will be important to find ways to optimize HIV prevention, diagnosis, treatment, and care outcomes.

“We simply need to tell civil society that these funds cannot be flat lined,” concluded Cooper. “It’s just plain unacceptable and we have to finish the job.” 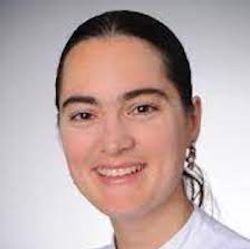