A meta-analysis of data concludes that atrial fibrillation is a greater risk factor for stroke, cardiovascular disease, and death in women than it is in men. 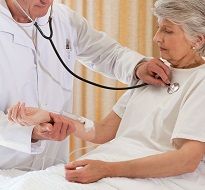 A meta-analysis of data on 4,371,714 patients concludes that atrial fibrillation (AF) is a greater risk factor for stroke, cardiovascular disease, and death in women than it is in men.

“Previous studies have presented conflicting evidence on the effect of AF on the risk of death and cardiovascular disease in women. Of the 19 studies on the association of AF with the risk of all-cause mortality we included in our analysis, the ratio of relative risks was greater than 1 but not significant for 11 studies,” the study authors wrote in The British Medical Journal.

“When we pooled these studies using random effects meta-analysis, the estimate for all-cause mortality was significant, indicating that individual studies were underpowered to detect a differential effect of AF on risk of all cause mortality in women compared with men.”

Data from some of the earlier studies suggested that, in decades past, women with AF were less likely than men with AF to receive treatment. For example, a Canadian cohort study that tracked patients with AF from 1990 to 1994 found that female patients were only half as likely as male patients to be prescribed warfarin.

The study authors doubt that disparities in treatment are a major cause of disparities in outcome, however, because male and female outcomes do not converge in more recent cohorts that report similar treatment for men and women. They speculated that physiological or psychosocial differences between men and women might be responsible or that men and women might react somewhat differently to oral anticoagulation, but they acknowledged that their inability to explain the differences in outcomes with any degree of certainty was a significant limitation of their study.

Other limitations included the differences in design and duration among the underlying studies, and the imperfect data on all other comorbidities that might effect patient outcomes.

The main strengths that the authors of the meta-analysis reported were the size of the underlying patient population and the structure of the underlying research. All the studies included in the meta-analysis adjusted for age and a history of cardiac disease, which reduced the risk of confounding. What’s more, all studies risks of cardiovascular disease and death separately in men and women, which insured that all primary analysis compared data within a single study.