Zika virus infection is a growing concern and diagnosis may require expensive tests. But 80% of patients do not have symptoms. The CDC outlines the challenges in a new set of Zika treatment guidelines. 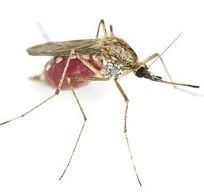 As concerns over Zika virus mount, the US Centers for Disease Control and Prevention (CDC) is offering interim guidelines to physicians treating and counseling pregnant women who may have been exposed.

In many cases, that will mean doing repeated ultrasounds of the woman's fetus to see if seems to be developing microcephaly.

One problem in determining whether a patient has Zika infection is that 80% of people infected with it have no symptoms. Another is that definitive testing may require reverse transcription-polymerase chain reaction (RT-PCR) testing, which is expensive and not readily available in physicians’ offices. Antibody testing is cheaper and more available, but the CDC said cross-reaction with related flaviviruses, such as dengue or yellow fever, is common, making it harder to confirm Zika infection.

The CDC interim guidelines focus on diagnosis of maternal infection and detection of fetal anomalies.

Pregnant women with a history of travel to an area where the virus has been reported and who have at least two symptoms of Zika infection should be tested. But asymptomatic patients should not be tested, the CDC said. However testing of these pregnant patients should always be done whenever an ultrasound shows signs that the fetus may have microcephaly or intracranial calcifications.

The symptoms are acute onset of fever, maculopapular rash, arthralgia, or conjunctivitis.

Zika disease is not life-threatening, but it has been associated with microcephaly in infants born to infected mothers.

Though health authorities in Brazil have said they are investigating 3,500 cases of microcephaly in infants and believe these birth anomalies are linked to Zika infections, the CDC notes the association has not yet been proven.

“Studies are underway to investigate the association of Zika virus infection and microcephaly, including the role of other contributory factors,” the CDC said, including co-infections with other organisms, and possible issues related to nutrition and environment.

The CDC has also recommended that women who are pregnant or plan to soon become pregnant avoid Zika zones, such as Brazil.

Amniocentesis can detect the virus but carries a 0.1% risk of miscarriage when done in less than 24 weeks of gestation. The CDC says it should not be done until the 16th week of pregnancy.

But it notes that positive results “would be suggestive of intrauterine infection and potentially useful” to women in weighing their options. Those would include deciding whether to terminate a pregnancy, something that is illegal in Brazil.

There are no specific antivirals to treat Zika, so in cases where patients develop symptoms, caregivers should advise rest, fluids, and acetaminophen for fever. Other NSAIDS and aspirin are not recommended in pregnancy, and if a pregnant woman turns out to have Dengue fever these drugs carry a risk of causing hemorrhage.

Symptoms can be similar. Zika virus, like dengue and chikungunya, are transmitted primarily by Aedes aegypti mosquitoes.