The Zika virus disease â€“ which does not have a preventative vaccine or specific treatment â€“ has made its way to Puerto Rico for the first time in history. 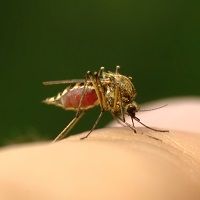 Update: Since this article has been published, a confirmed case of the Zika virus was diagnosed in Texas. A traveler returning to the Houston area from El Salvador contracted the virus, sources confirmed on January 12.

The Zika virus disease — which does not have a preventative vaccine or specific treatment – has made its way to Puerto Rico for the first time in history.

The Centers for Disease Control and Prevention (CDC) released a statement on New Year’s Eve revealing that a mosquito-borne virus linked to birth defects was reported in Puerto Rico. Although cases have been reported in Africa, Southeast Asia, and the Pacific Islands, this case occurred in a patient without travel history. The CDC is investigating how the patient became infected.

A Zika outbreak in Brazil began in May 2015 and is suspected to be the cause of the rise in birth defects. Officials are looking into the connection between the virus and smaller-than-normal head size in infants, called microcephaly. Although the disease has never been reported in the United States, it’s concerning that it has been discovered in another country for the first time.

The Zika virus was first identified in 1947 in the Zika forest in Uganda and is primarily transmitted through Aedes species mosquitos. Common symptoms of Zika include fever, rash, joint pain, and conjunctivitis. Patients may also experience headache, muscle pain, vomiting, and pain behind the eyes. The positive side here is that only one in five people infected with the virus actually become ill, and those who do usually only experience mild symptoms which last a few days to a week. Although uncommon, hospitalizations from the virus do happen.

One of the challenges with Zika is that the typical clinical features are similar to those of malaria, measles, dengue, leptospirosis, rickettsia, rubella, and group A streptococcus. Parvovirus, enterovirus, adenovirus, and alphavirus infections, such as Chikungunya, also have broad clinical features.

There is no vaccine to prevent the illness, but the CDC recommends covering exposed skin and using insect repellent. The preliminary diagnosis is made from clinical features and travel history and laboratory testing can confirm the disease. If someone is confirmed with Zika, there is not a specific medication to treat it. However, they are advised to get plenty of rest, drink plenty of fluids, and reduce fever and pain with acetaminophen or paracetamol.

The key takeaways from this report are: