If the Zika virus outbreak wasnâ€™t on your radar before, it most certainly should be now. A World Health Organization (WHO) leader revealed just how serious itâ€™s getting in the Americas. 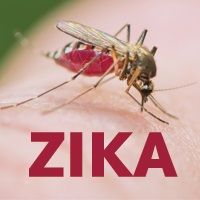 If the Zika virus outbreak wasn’t on your radar before, it most certainly should be now. A World Health Organization (WHO) leader revealed just how serious it’s getting in the Americas.

In a briefing to member countries on January 28, WHO Director-General Margaret Chan, MD, explained why “WHO is so deeply concerned” about the Zika virus.

“As of today, cases have been reported in 23 countries and territories in the region,” Chan said. The Centers for Disease Control and Prevention (CDC) identified 24 countries that have documented cases.

Officials are anticipating an increase in mosquito populations in many areas due to this year’s El Nino weather pattern, Chan explained.

Although not firmly proven, Zika’s link with birth defects is strongly suspected. Microcephaly — a condition where an infant is born with abnormally small head and brain – has been confirmed in newborns in Brazil, where the outbreak all started in May 2015. A child in Hawaii was born with the condition after a mother returned from Brazil, and Zika is expected to spread throughout the United States. Multiple countries have even advised women to avoid pregnancy for up to two years. Guillain-Barré syndrome, a potentially paralyzing condition, is also suspected to be caused by Zika.

“The level of alarm is extremely high,” Chan continued. “Questions abound. We need to get some answers quickly.”

There are four main reasons why officials are so concerned about Zika, as described in the briefing:

Chan announced that an emergency meeting will be held in Geneva, Switzerland on February 1 to address international strategies against Zika.