Zika: Will the Olympic Games Go On?

Rapidly mounting public health concerns about the spread of Zika virus have physicians debating whether the 2016 Summer Olympics in Brazil should be canceled.

Rapidly mounting public health concerns about the spread of Zika virus have physicians debating whether the 2016 Summer Olympics in Rio de Janeiro, Brazil should be canceled.

“If we are looking at it just as a public health question, probably cancelling would be the best thing,” said Marcus Sandling, MD, an infectious disease fellow at the Drexel University College of Medicine in Philadelphia, PA. ) 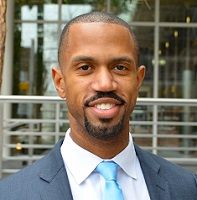 But in the real world, he added, that is not likely, since Brazil has spent a great deal of time and money getting ready for the event. “There’s been so much planning,” said Sandling.

At New York University Langone Medical Center, bioethicists have argued that it would be irresponsible not to move the games, but agree that will not be a popular decision.

Athletes have trained for years to be there, and as with any Olympic Games, this one could be an individual athlete’s best or only chance to compete and do well.

Also, Sandling said, "It's not like having the Olympics in West Africa at the height of the ebola epidemic."

The virus, transmitted by mosquitoes, has been reported in more than 28 countries.

Sandling noted that the initial illness is usually mild. But the big problem is the threat it apparently poses to pregnant women, and to women and their male partners who could contract the virus, not know it, and spread it to a fetus.

Sandling said his advice for potential parents would be to use condoms for at least six weeks after one partner has been to a country where Zika warning are in effect.

A larger problem is that as the virus migrates, it could become endemic anywhere that mosquitos live year-round, including Florida.

That would make it much harder to prevent transmission, since any woman who might become pregnant would be at risk all year.

“The question of what to do about that is beyond my pay grade,” he said.

Vaccines are in the works, but will take years. Genetically altering mosquitoes so they can’t reproduce is also a possibility.

Zika has been associated with a serious birth anomaly, microcephaly, in the newborns of women in Brazil, though a causal link has not been definitely established.

So far the International Olympics Committee (IOC) has taken a “watchful waiting” approach and athletes and team sponsors are focusing on mosquito control.

The World Health Organization has labelled the outbreaks a “public health emergency of international concern” but stopped short of telling the IOC to cancel or postpone the games.

At a news conference on Feb. 2 the Brazilian planners in charge of preparing for the Olympics said they are confident they can prevent widespread transmission of the virus.

Health warnings have intensified though as evidence mounts that the illness can be spread by sexual contact and that it can be harbored in blood and urine.

One problem with efforts to control and track the virus is that most people, about 80%, have no symptoms and that even when they arise they are mild.

The US Centers for Disease Control and Prevention (CDC) on Feb. 4 updated its warnings on Zika to say that women who are pregnant should not have sexual contact with men who have been in Zika zone or that they use condoms if they do.

The agency continues to update its travel advisories, on Feb. 5 adding several more countries to a list of places where the virus had caused illness.