Accessing Dupilumab for Treatment of AD

A discussion on ease of access for dupilumab for the treatment of atopic dermatitis including the process for approval and coverage.

Lawrence F. Eichenfield, MD: What’s the deal with getting this drug approved? Does it require preauthorization? Is it more difficult with younger children than with adults or adolescents? Lisa, do you want to take that?

Elizabeth A. Swanson, MD: Yes. The process for approval is designed to have a dermatologist, pediatric dermatologist, or allergist be the prescriber. It does definitely require prior authorization. Most of our offices and staff are used to that. It’s a well-oiled machine.

I find that coverage is getting much easier over time, especially as the label has been expanded younger and younger and it’s been available for longer and longer. Dupixent will turn 4 in March. It is getting easier. Even when I have to fight for it, it’s worth it. I’m happy to fight that fight.

Lawrence F. Eichenfield, MD: Sometimes we get comments back from payers who deny it and say they need to go through a systemic immunosuppressant. The 1 that’s approved for kids? There isn’t 1 because there aren’t any even approved for adults. That’s when I get the name of the medical director so we can write this down and talk to them about it.

I had a recent 1 where they sent me a denial saying that they wanted the patient on adalimumab first, which is a drug used for psoriasis and has no utility for atopic dermatitis. I was like, “No, they picked the wrong disease state letter to deny this.”

Jeff, you’re knowledgeable in atopic dermatitis. I know you’ve been involved in the community. Do you think pediatricians are sufficiently aware about dupilumab? Do they need to get more educated so they’re supportive of patients considering systemic therapy? What’s your sense of where they’re at?

Jeffrey M. Bienstock, MD, FAAP: I hate to keep coming back to education, but obviously this is 1 for us. Many of my colleagues can’t even spell the drug. I’ve made the analogy that we had a revolutionary drug for acne with Accutane many years ago, and all those kids do well. We’re seeing how well dupilumab works in asthma, as you mentioned. We’ve seen it with polyposis. We know about the adverse effects. I have not had to write for it, nor have I had to fight for it, but I know that the system in place is pretty easy. I know there’s a whole cheat sheet of what needs to be followed because I had seen that early on.

The big thing is that people in the trenches, primary care doctors, need to be educated. That’s like any new therapy for anything. This is 1 form to say, “This works.” We need to get on board. It took awhile to get a black box around 2 other drugs. We had crisaborole come out after that. You don’t have to spend hours—1 to 2 hours a day with topicals—when a child could potentially get 1 shot every 2 to 4 weeks.

Lawrence F. Eichenfield, MD: The topical exhaustion thing is something you can work around.

Elizabeth A. Swanson, MD: I like your analogy to the Accutane situation. One obstacle I sometimes encounter in daily practice is a patient who really needs Accutane, but maybe the primary care doctor said something that wasn’t supportive of Accutane. It can be hard for me to turn that ship around and gain their trust while feeling like I’m not going against the wishes of the pediatrician.

It would be helpful to spread the word among primary care doctors, pediatricians, internists, and family medicine doctors to know enough about Dupixent to be supportive of their patients and encouraging of their patients to consider a treatment modality when they have this horrible atopic dermatitis. In much the same way, I would appreciate that support when it comes to a patient who needs Accutane. That’s a very good analogy.

Jeffrey M. Bienstock, MD, FAAP: It’s real. Fortunately, in the coming months, there will be forums for all of us to join together to explain to pediatricians with webinars—because we’re not meeting face to face—and say, “Open your eyes, listen to what we’re saying, and fight for your patient. Because this works.” 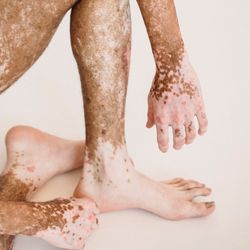 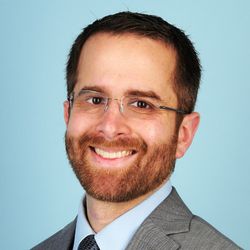 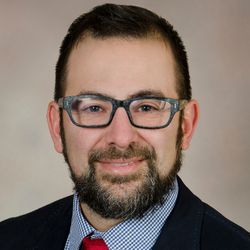