For patients treated with DOACs, the investigators suggest temporarily interrupting treatment rather than continued use. 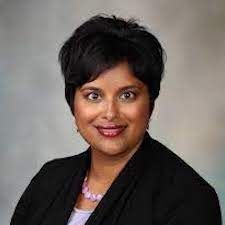 New guidelines are focusing on the continued use of various families of cardiovascular drugs during acute gastrointestinal bleeding episodes or elective endoscopic settings.

A team, led by Neena S. Abraham, MD, MSc, Division of Gastroenterology and Hepatology, Department of Medicine, Mayo Clinic, developed new recommendations for the periendoscopic management of anticoagulant and antiplatelet drugs during acute gastrointestinal bleeding and the elective endoscopic setting.

After reviewing predefined clinical questions, the investigators formed by the American College of Gastroenterology (ACG) and the Canadian Association of Gastroenterology (CAG) developed the new guidelines using the Grading of Recommendations, Assessment, Development, and Evaluations approach.

The new guidance includes no longer using freshfrozen plasma or vitamin K for patients on warfarin, in favor of prothrombin complex concentrate (PCC).

For patients on dabigatran, the investigators suggest against the administration of idarucizumab, while patients on rivaroxaban or apixaban no longer are recommended to be treated with andexant alfa administration.

In addition, patients on cardiac acetylsalicylic acid for secondary prevention, the investigators suggest against holding it. However, if the ASA is interrupted, the new guidelines call for the resumption on the data hemostatis is endoscopically confirmed.

There also are a number of reccomendations for patients in the elective endoscopy setting.

For example, patients on warfarin are now suggested to continue treatment rather than the temporary interruption for 1-7 days. However, if it is held for procedures with high risk of gastrointestinal bleeding, the new guidelines recommend against bridging anticoagulation unless the patient has a mechanical heart valve.

For patients treated with DOACs, the investigators suggest temporarily interrupting treatment rather than continued use.

If the patient is on cardiac ASA monotherapy for secondary prevention, the investigators suggest against its interruption.

A Lack of Evidence

There were also several areas the investigators explored creating guidance for but could not find sufficient evidence for new recommendations.

For example, patients with acute gastrointestinal bleeding being treated with warfarin, the investigators could not make a call on PCC administration compared to placebo. They also could not recommend for or against temporary interruption of the P2Y12 receptor inhibitor for patients on a single P2Y12 inhibiting agent in the elective periprocedural endoscopy setting.

Finally, they were unable to make a recommendation on same-day resumptions of warfarin, DOACs or P2Y12 receptor inhibitor drugs compared to 1-7 days following the procedure due to insufficient evidence.

However, there were several limitations observed in the guidelines.

“The greatest limitation to the panel's ability to provide unequivocal clinical recommendations was the certainty of evidence in the published literature,” the authors wrote. “As highlighted throughout this clinical practice guideline, insufficient high-quality evidence exists in antithrombotic and antiplatelet drug users to evaluate strategies for the temporary interruption, drug reversal, and resumption against a comparator group with great certainty.”

Other limitations include too few studies focusing on advanced endoscopic procedures and a low certainty or absence of evidence comparing treatment strategies.

“We suggest future studies focus on areas where insufficient evidence currently exists to inform clinical decisions,” the authors wrote. “In particular, the potential benefit of PCC use for reversal of warfarin in the setting of acute GIB, the appropriate timing of resumption of P2Y12 receptor inhibitors and anticoagulants (VKA and DOACs) after elective endoscopy, and whether it is necessary to interrupt P2Y12 inhibitor antiplatelet monotherapy before elective endoscopy.”