A new analysis of an ongoing clinical study offers insights for treating retinal vein occlusion in poor responders to bevacizumab. 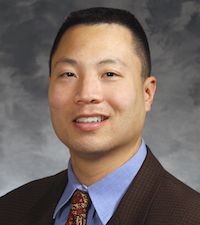 A clinical trial set out in 2014 compare the effectiveness of aflibercept and bevacizumab, which is commonly used off-label to improve visual acuity in eyes with macular edema due to CRVO or HRVO, over the course of 6 months. A study published from the trial data in 2017 showed that the bevacizumab as non-inferior to aflibercept.

Still, not all patients respond well to these treatments. At the start of the study, Michael Ip, MD, Chief of the Vitreoretinal Surgery Service at University of California Los Angeles and lead author on the study, and his team planned this secondary analysis to see if patients who did not respond to their first treatment, but then switched to either from bevacizumab to aflibercept or from bevacizumab to steroid injections (dexamethasone) experienced improvements.

“We planned this analysis as we knew that some eyes would not respond well to initial therapy,” Ip said. “It is an outstanding question in our field if switching therapies has any benefit.”

A patient’s response was considered marginal or poor if their visual acuity letter score (VALS) was less than 58 or they improved less than 5 letters from the baseline and spectral-domain optical coherence tomography (SD-OCT) with central subfield thickness (CST) 300 μm or greater, presence of intraretinal cystoid spaces, or subretinal fluid.

Out of the 182 from the first study who were randomized to receive bevacizumab or aflibercept 14 patients who did not improve on aflibercept received an intravitreal injection of dexamethasone at month 6, with any necessary follow up injections between months 6 and 12. Thirty-five who had originally received bevacizumab and not responded were switched to aflibercept.

The patients who switched from aflibercept to the steroid injections did not experience imporvements in LAVS or CST over the next 6 months. However, those that switched from bevacizumab to aflibercept saw improvements in VALS of an average of 10.27, and a decrease of 125.4 μm on CST at the 12-month mark.

“If there is a poor response to initial therapy with Avastin that some eyes may achieve improvements in vision and anatomy of switched to Eylea,” Ip said. “Also, if an eye fails Eylea, the steroid implant does not seem to confer additional benefit.”

The trial was necessarily limited by the small number of patients who had poor responses to the initial treatment, as well as the lack of controls subjects.

The study is ongoing as Ip and his team intend to follow these patients for 5 years. They’ll publish data at the annual marks through 5 years, including long-term outcomes with anti-VEGF therapy for CRVO.

The study, “Month 12 Outcomes After Treatment Change at Month 6 Among Poor Responders to Aflibercept or Bevacizumab in Eyes with Macular Edema Secondary to Central or Hemiretinal Vein Occlusion,” was published online in JAMA Ophthalmology.