Dry AMD was more common than wet AMD, but visual acuity was more significantly affected in patients with wet AMD. 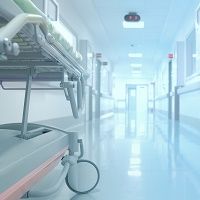 The findings additionally suggest dry AMD was more commonly observed than wet AMD (70% of patients vs 30% of patients), although visual acuity was more significantly affected in patients with wet AMD than dry AMD.

The degenerative disorder affects the macula and is characterized by the presence of drusens and changes in retinal pigment epithelium (RPE). It is conventionally classified into dry (non-exudative, non-neovascular) form and Wet form (exudative, neovascular), with dry AMD being more common and presenting as geographic atrophy (GA) in its advanced stage.

Led by Shubhangi Nigwekar, Professor, Department of Ophthalmology, DBVP Rural Medical College, the current study aimed to study the clinical profile, risk factors, and management protocols in patients with AMD at a rural tertiary care hospital. The hospital based, observational, descriptive cross-sectional study studied 50 patients diagnosed with AMD in ophthalmology from December 2020 to November 20 according to inclusion criteria.

The management protocols offered were medical management like anti-VEGF medication aand antioxidants, optical management, and surgical management or reference to higher centers. All participants attending the hospital willing to participate were included in the study. Individuals below 40 years of age and those with myopia, uveitis, glaucoma, cataract, and vitreoretinal diseases were excluded.

Among the 50 study participants, the data show 60% were Female and the most common age group was 61 to 70 years of age. Dry AMD was reported in 70% of patients and wet AMD was observed in 30% of patients. Visual acuity was said to be more affected in wet AMD than in dry AMD, according to investigators.

The findings indicated management protocols followed were medical treatment provided to 70% of patients, while optical aids were given to 25% of patients and 30% of patients were referred to a higher center. No surgical management was offered to any patient.

Investigators noted previous findings from the Age-Related Eye Disease Study (AREDS) confirmed that management protocols, including antioxidant and zinc supplementation, decreased the risk of AMD progression and vision loss. The use of low vision devices were additionally reported in prior studies to be helpful in patients for whom there is a less of a role of medical and surgical treatment

Limitations of the current study may have included its small sample size and study design, according to investigators.

The study, “Study of Clinical Profile and Management of Age-Related Macular Degeneration at Rural Tertiary Care Hospital,” was published in Medico Research Chronicles.