An Overview of Atopic Dermatitis

Peter A. Lio, MD: What is atopic dermatitis? It’s an interesting entity. It is a chronic, itchy, inflammatory skin condition that affects lots of people, from kids to older adults. It’s interesting because it has a number of clinical presentations, so it can look a little different across different individuals, and even in the same individual at different times. But it’s brought together by this particular characteristic look to it overall, this eczematous format as we call it, and it also is notable to be always itchy. It really has to be itchy to be definitionally called atopic dermatitis. Finally, it has to be chronic.

It’s often used synonymously with the term eczema, but they’re not true synonyms. Eczema is a broader category and it refers to that characteristic pattern or morphology that we can see in the skin. There are other types of eczema that fall under that heading, including atopic dermatitis, which is the most common, and why it’s shorthand. But things like contact dermatitis, dyshidrotic eczema, nummular eczema, seborrheic dermatitis, and stasis dermatitis can also be considered eczematous dermatoses.

Is there a particular age of onset? Yes. The majority of patients, probably more than 80%, maybe even 90% depending on the population studied, will present with atopic dermatitis before the age of 5 years. When you look at it as a population, it’s predominantly a pediatric disease. But that is not everybody. A significant number of patients develop it much later in life, and even some older adults develop it. Typically younger patients, but it can happen anytime in life.

Then the question often comes up, is this going to be persistent? Will my child grow out of it? Will I grew out of it. The truth is that we think some component of patients, particularly those who are more mild, tend to improve with time. However, not everybody does. We think that at least a third of patients—maybe higher, depending on how you ask the question and what population you’re looking at—may have persistent disease through childhood into adulthood. It does seem to skew toward those who are more severe. That’s why it’s so important that we never poo-poo it and say, “Oh, don’t worry, you’re eventually going to grow out of this.” We have many patients who are frustrated and feeling really angry because they did not grow out of it. 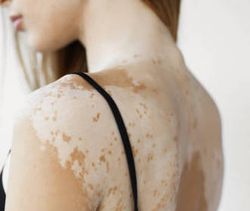 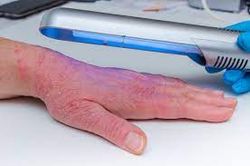