Patients who are hospitalized for pain related to acute pancreatitis pose unique challenges for achieving adequate analgesia, which is particularly true for those admitted with preexisting chronic pain and prior opioid use.

Patients who are hospitalized for pain related to acute pancreatitis pose unique challenges for achieving adequate analgesia, which is particularly true for those admitted with preexisting chronic pain and prior opioid use.

In a research poster on the topic presented the American Pain Society 33rd Annual Scientific Meeting, held April 30, 2014, to May 3, 2014, in Tampa, FL, David Broccoli, of the University of Rhode Island College of Pharmacy in Kingston, RI, and Jayne Pawasauskas, PharmD, BCPS, of the Kent Hospital Department of Pharmacy in Warwick, RI, analyzed inpatient outcomes regarding pain associated with acute pancreatitis hospitalizations and examined the differences between those with chronic pain before admission and those with no preexisting pain condition.

For their retrospective study, the researchers utilized Kent Hospital’s electronic medical record (EMR) database to identify patients with a discharge diagnosis of acute pancreatitis between August 1, 2012, and July 31, 2013. Of the 318 patients admitted with sudden swelling and inflammation of the pancreas over that 1-year period, 68 met the study’s inclusion criteria of being >18 years old, staying in the hospital for ≥48 hours, and having a self-reported, verbal pain rating scale score documented in the EMR.

After dividing the study participants into 2 groups based on their medication use immediately prior to their hospital admission, Broccoli and Pawasauskas compared the average length of stay and the amount of time and morphine equivalent doses (MED) of opioids required to achieve adequate pain relief between the opioid-naïve and opioid-tolerant acute pancreatitis patients.

According to the poster authors, there were no significant differences in length of stay and time to decrease pain by 2 points on the 11-point Numeric Rating Scale or to reach a self-reported pain reduction goal between the 2 patient populations. However, they found the “opioid-tolerant patients required significantly higher MED to achieve adequate analgesia compared to opioid-naïve patients.”

“Although there was no significant difference in the length of stay and time to achieve adequate analgesia between the 2 groups, the study showed a significant difference in the amount of opioids required to achieve adequate analgesia in the opioid-tolerant patient population,” Broccoli and Pawasauskas ultimately concluded. “More interestingly, the results showed that some of the opioid-tolerant patients treated for pain related to acute pancreatitis required a lesser amount of daily opioids than their preadmission requirement, despite (suffering) an acute-on-chronic painful condition.”

The poster authors offered a few possible explanations for their latter, perplexing finding, such as “incomplete cross-tolerance between opioid analgesics, overtreatment with opioid analgesics preadmission, conservative opioid conversion calculations by providers, (and) apprehension to aggressively treat acute-on-chronic pain.” Since the study’s limitations included its retrospective design, small patient population, and outliers that may have skewed the results, Broccoli and Pawasauskas conceded that their findings “should be researched and investigated further.” 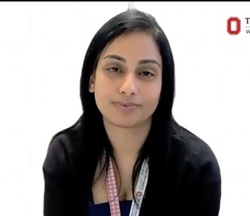 Fighting and Reducing Stressors in Cardiology