Contrary to popular belief, patients who are prescribed antidepressants experience only minimal weight gain within 12 months of treatment.

Contrary to popular belief, patients who are prescribed antidepressants experience only minimal weight gain within 12 months of treatment, according to research published in JAMA Psychiatry.

To determine the rate of change in weight, the investigators utilized mixed-effects models and compared them to data on citalopram, an antidepressant and reference drug for the study. The researchers also examined weight data on 3,366 control subjects who received albuterol, a drug used to treat asthma, as well as the anti-obestity drugs orlistat, phentermine hydrochloride, or sibutramine hydrochloride

To maintain the study’s integrity, the investigators eliminated candidates who underwent a gastric procedure, had an eating disorder, were pregnant within 2 years of being prescribed an antidepressant, or had been taking 2 or more of the drugs that they were observing.

Overall, weight change was more pronounced in patients who completed the 12-month study and were prescribed bupropion, nortriptyline, or amitriptyline, while those who were more likely to experience weight gain had a lower body mass index (BMI) prior to treatment initiation, had been taking 2 or more antipsychotic treatments, were younger, and were male.

The researchers claimed their findings “may lead clinicians to prefer certain treatments according to patient preference or in individuals for whom weight gain is a particular concern, such as those with the other weight gain risk factors.”

To conclude their study, the investigators explained why antidepressants have been widely associated with weight gain.

“For a subset of patients, initial weight loss resulting from depression-associated reduction in appetite may be reversed as symptoms diminish, giving the appearance of treatment-associated weight gain, (but) for others, in whom depression is associated with increase in appetite, symptom reduction may contribute to weight loss,” the authors noted. “It is difficult to predict the net effect on observed weight change without a means of distinguishing these phenomena.” 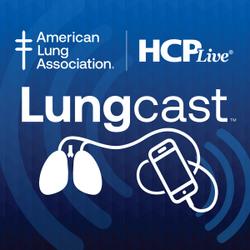