A new study finds patients with atrial fibrillation or venous thromboembolism were at higher risk of increased bleeding and hospitalization when treated with combination DOAC and aspirin. 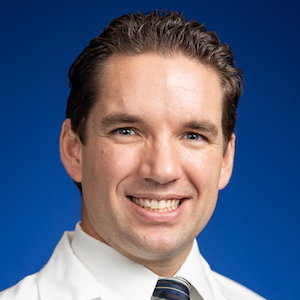 Investigators found in a recent study that one-third of patients with atrial fibrillation (AF) and/or venous thromboembolism (VTE) who were treated with a direct oral anticoagulant (DOAC) also received acetylsalicylic acid (ASA; aspirin) without a clear prescribing indication.

The team, led by Jordan K. Schaefer, MD, of the Department of Internal Medicine at the University of Michigan, the concurrent use of DOAC and aspirin had associations with increased bleeding and hospitalizations in comparison to DOAC monotherapy. A similar observed thrombosis rate occurred in comparison as well.

The combination of aspirin and oral anticoagulation may be indicated for patients with certain heart devices, nonvalvular atrial fibrillation and/or VTE who experience acute coronary syndrome (ACS), or undergo percutaneous coronary intervention (PCI).

The team hypothesized that compared with the dual therapy of aspirin and warfarin, a lower rate of bleeding in aspirin plus DOAC would be observed. However, they noted that other studies have shown higher rates of gastrointestinal bleeding with DOAC compared to warfarin.

Investigators created a registry of adult patients starting a DOAC regimen—including apixaban, dabigatran, edoxaban, or rivaroxaban—as well as patients transitioning to a DOAC from warfarin. The data was collected from 4 medical centers in Michigan, including outpatient anticoagulation clinics.

The collected data was assessed between January 2015 – December 2019. Patients included in the study either started DOAC therapy without recent anticoagulant use or were in transition from warfarin therapy.

Patients were excluded if they had less than 3 months of follow-up data available, a myocardial infarction (MI) 6 months prior to the start of DOAC, or a history of heart valve replacement.

Information on patients was collected at enrollment, including patient demographics as well as comorbidities, thrombosis or bleeding risk factors and history, and concomitant medications.

The study was comprised of 3280 patients without a clear indication for aspirin use, with 51% being men and a mean age of 68.2 years old. The team followed up with patients for a median of 12 months following the study.

Investigators found limited outstanding differences between the 2 outcome groups after analysis of the cohorts, modeled in a Poisson regression.

Minor gastrointestinal bleeds increased with the combination therapy at 4.6 bleeds versus 3.0 bleeds per 100 patient years. Thrombotic events had similarly low rates in both categories at 2.5 events versus 2.0 events.

The team concluded that treatment with combination DOAC and aspirin was associated with increased bleeding rates, particularly in nonmajor bleeding and hospitalizations for bleeding.

The sensitivity analysis of the study, including patients without any vascular indication for aspirin while taking DOAC and patients in the treatment group assignment, supported the conclusion of the primary analysis.

“There remains limited evidence on how to optimally combine DOACs with ASA outside the setting of an ACS and/or PCI procedure,” investigators wrote.

Investigators wrote there was not an observed decline in the number of patients on combination therapy, which may reflect the lack of data on how to manage these patient groups, especially those with higher-risk factors.

“Further research is needed to determine if select high-risk patient subgroups derive a net benefit from combination therapy,” the team wrote. “Efforts should be made to help clinicians identify and deprescribe ASA for patients taking a DOAC without an indication for ASA.”

The study, “Adverse Events Associated With the Addition of Aspirin to Direct Oral Anticoagulant Therapy Without a Clear Indication,” was published online in JAMA Internal Medicine.