Assessing the Safety Profile of Targeted Immunomodulators in Patients with Arthritis 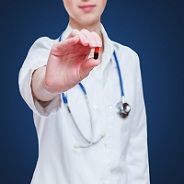 A systematic review of 61 studies found that infliximab (Remicade) was associated with more adverse events that led patients to discontinue treatment than abatacept (Orencia), adalimumab (Humira) or etanercept (Enbrel).

Investigators looking to compare the risks of 13 different targeted immunomodulators gathered 51 observational studies and 10 randomized controlled trials that made head-to-head comparisons. They then gathered data on the following outcomes: number of adverse events, discontinuation due to adverse events, serious adverse events, mortality, serious infections, tuberculosis, herpes zoster, and malignancies. Finally, in cases where 3 or more studies provided data on a particular outcome from a particular medication, they synthesized the studies and conducted random effects meta-analyses.

Analysis of 6 observational studies that compared etanercept and infliximab found that etanercept patients were about half as likely as infliximab patients to stop treatment due to adverse events (pooled hazard ratio [HR], 0.54; 95% confidence interval [CI], 0.42 to 0.68).

Analysis of 4 observational studies that compared adalimumab and infliximab found that adalimumab patients were also about half as likely as infliximab patients to stop treatment due to adverse events (pooled HR 0.57; 95% CI, 0.46 to 0.70).

Analysis of 3 observational studies that compared adalimumab and etanercept found that adalimumab users were more than half-again as likely as etanercept patients to stop treatment due to adverse events (pooled HR, 1.67; 95% CI, 1.26 to 2.22).

The investigators looked for comparative differences in risk of mortality, malignancies, and herpes zoster but the “limited” evidence they had suggested similar outcomes. Limited evidence also prevented any conclusions about the relative risk of using any of the 9 other targeted immunomodulators the investigators had set out to study.

Many of those other targeted immunomodulators are newer products such as golimumab (Simponi) and tocilizumab (Actemra) that have yet to be studied as much as their older counterparts. The authors of the new analysis expect that ongoing and future research will eventually provide enough data to reach some conclusions about their comparative safety.

On the whole, immunomodulators are well tolerated by most patients, according to an earlier review of research published by the National Institutes of Health, but those adverse events that do occur tend to be serious. As for comparative safety, the earlier review echoed the new review.

“The rates of overall adverse events occurring with targeted immune modulators did not differ statistically significantly between the drugs. In short-term trials, abatacept and adalimumab had lower risk of serious adverse events compared with other targeted immune modulators. Infliximab had a higher risk of patients discontinuing treatment due to adverse events compared with abatacept, adalimumab, etanercept, and golimumab. Infusion or allergic reactions contributed to the increased risk of discontinuation.”