Analysis of health records and questionnaire results from heart failure patients indicates a significant link between permanent atrial fibrillation and cognitive impairment among such patients. 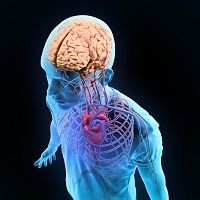 Analysis of health records and questionnaire results from 881 heart failure patients indicates a significant link between permanent atrial fibrillation (AF) and cognitive impairment among such patients.

Investigators administered the Mini-Mental State Examination test to 876 of the patients and the Pfeiffer's Short Portable Mental Status Questionnaire to 848 of them and looked for patients who scored below 24 on the first test or made more than 2 errors on the second test.

The mean age of the study population was 77 years ± 11 years. Members were 44% female and 48% of them had preserved ejection fraction.

The association stems, in part, from obvious causes. AF leads to strokes, which often lead to cognitive impairment. It probably goes deeper than that, however. Several studies have found that even AF patients who never suffer a stroke still experience unusual rates of cognitive decline.

Discovering the true size of the relationship between the two conditions has been difficult because they share so many risk factors: age, hypertension, diabetes, cardiac failure and, of course, stroke. A meta-analysis published 3 years ago in the Annals of Internal Medicine used data from 21 studies to estimate that AF was associated with higher risk for developing cognitive impairment in patients with or without a history of stroke (relative risk [RR], 1.40; 95% CI, 1.19 to 1.64).

To test reliability of this estimate, the authors of that study then restricted their analysis to prospective studies and obtained similar results (RR, 1.36; 95% CI, 1.12 to 1.65). They then looked only at studies of dementia and, again, obtained a similar estimate of the association between incident AF and the increased risk of later cognitive impairment (RR, 1.38; 95% CI, 1.22 to 1.56).

Efforts to discover why AF may help spur cognitive impairment in some patients have found a wide range of explanations, including the ablations that many AF patients undergo. Oral anticoagulants, moreover, can protect cognitive function by reducing ischemic strokes but they can also endanger the brain by increasing the risk of hemorrhagic strokes and brain micro-hemorrhages.