Mothers reported breastfeeding infants who reacted to food allergen exposure via breastmilk for significantly longer than infants who did not react. 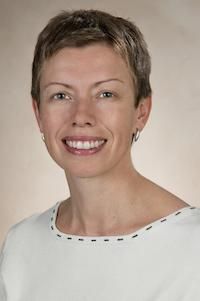 Babies with suspected food allergies or sensitivities are breastfed significantly longer than newborns who had no reactions to food exposure, according to research led by Karen A. Robbins, MD, an allergist at Children's National Health System.

"Breastfeeding a newborn for the first few months of life helps their developing immune system become more robust, may affect the microbiome, and could influence or prevent development of allergy later in life," said Robbins. "However, mothers' perceptions of their newborns' adverse reactions to food appears to factor into how long they breastfeed."

The research, which was presented at the 2019 Annual Meeting of the American Academy of Allergy, Asthma & Immunology (AAAAI) in San Francisco, CA, used data from the Infant Feeding Practices Study II. Led by the US Food and Drug Administration (FDA) and the Centers for Disease Control and Prevention (CDC), the longitudinal study gathered data on the diet and feeding practices of women in late pregnancy through their babies’ first year of life.

The study included 2586 mothers who breastfed their infants. The mothers completed surveys about breastfeeding duration and their infants’ adverse reactions to food at 4, 9, and 12 months postpartum. The majority of infants—84.6%&mdash;did not have a reported allergic reaction, sensitivity, or intolerance to food. Mothers reported that 10.6% of infants reacted to a food they ate, 2.4% reacted to a food exposure via breast milk, and 2.4% reacted to both types of food exposure.

Investigators also found, however, that longer breastfeeding duration was also associated with the later onset of symptoms (P = .03) and eczema with food issues (P = .06). Similar associations were determined when the research team adjusted for race/ethnicity, income, and maternal age.

"Gradually transitioning to solid food gives infants an opportunity to sample an array of foods, nibble by nibble, including food allergens like peanut and eggs,” Robbins said. She added that previous research shows that introducing food allergens, such as peanuts, to babies at risk for developing food allergies “primes” the immune system and dramatically reduces how many of those infants go on to develop actual peanut allergies.

Much room for research remains, including investigation into how extended breastfeeding affects the introduction of solid foods, particularly allergens.

"The relationship between breastfeeding and allergy development is complex, so understanding mothers' practices is important,” said Robbins. “We also do not know how often these early reactions result in true food allergy, compared with transient food intolerance."

The abstract, “Perceived Food Allergy, Sensitivity, or Intolerance and Its Impact on Breastfeeding Practices,” was presented as a poster at the Annual Meeting of AAAAI on Monday, February 25, 2019.